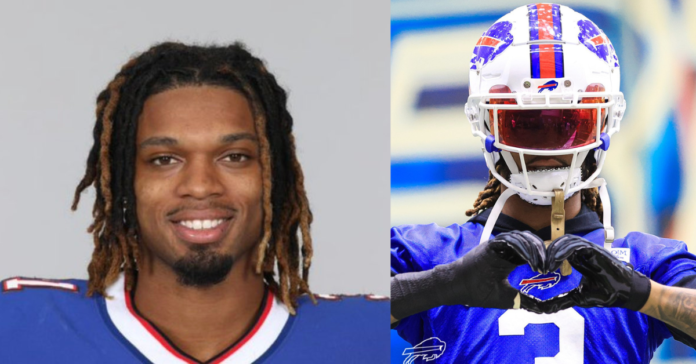 The Buffalo Bill issued a morning update on the condition of safety Damar Hamlin. The team said Hamlin’s breathing tube was removed overnight and he is making remarkable progress. The team said:

“Per the physicians at UCMC, Damar’s breathing tube was removed overnight. He continues to progress remarkably in his recovery. His neurologic function remains intact and he has been able to talk to his family and care team.”

NFL Reporter Ian Rapport added: “For the first time, Bills S Damar Hamlin is addressing the team via Facetime. The breathing tube is out, and he’s spent the morning speaking to various teammates on Facetime. Now, he’s delivering a message to the entire group, I’m told.”

Dr. Timothy Pritts said: “So, we know that it’s not only that the lights are on, we know that he’s home.  And that it appears all cylinders are firing within his brain.

“This marks a really good turning point in his ongoing care but there are many, many steps still ahead of him.”

Dr. Pitts said that after removing the breathing tube, discharging him from the hospital would be the next big step they look forward to in his recovery.

“We know that he’s on and that it appears that all cylinders are firing within his brain, which is greatly gratifying for all of us, for the nurses and the respiratory therapists.

“I mean, all I have to do is look over my left shoulder and I see vigils and posters and well wishes and the food that has shown up at the hospital, for the support for the family and for the emergency department and for the surgical ICU team.

“He’s still critically ill in the ICU so the focus is on getting him better and on the road to recovery. So it really is too early to have that conversation,” Knight told a reporter who asked if Hamlin will ever play football again.

“Would it be fair to say that if things would have taken a few extra minutes or maybe even a few extra seconds, there could have been a different outcome here?”

“Amazing, to give it context to some extent, Denny is one of our assistant trainers just like anything else, our whole medical team, they go through their mock exercises for things like this but we are never around to see that.

“As they say, practice pays off, and it did in this case, but again the context of it, for an assistant to find himself at that position and needing to take the action he did and step up and take charge like he did, and there were others on the field as well, is nothing short of amazing and the courage that took, you talk about a real leader, a real hero, in saving Damar’s life and just admire his strength.”

This is amazing: For the first time, #Bills S Damar Hamlin is addressing the team via Facetime. The breathing tube is out, and he’s spent the morning speaking to various teammates on Facetime. Now, he’s delivering a message to the entire group, I’m told.