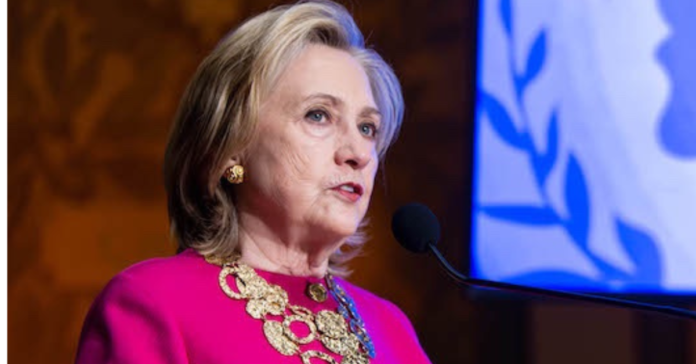 She will never be President of the United States of America after being rejected by the wise people of this country twice for the top job in the land. Hillary said: “I am honored to join Columbia University, and the School of International and Public Affairs and Columbia World Projects.

“Columbia’s commitment to educating the next generation of U.S. and global policy leaders, translating insights into impact, and helping to address some of the world’s most pressing challenges resonates personally with me.

“I look forward to contributing to these efforts.”

“I have had the great pleasure of knowing Hillary personally for three decades, since her early days as First Lady of the United States.

“Her public service has expanded since then, most notably in her remarkably successful tenure as Senator for the State of New York, in her impressive role as Secretary of State, and in her two historic and record-breaking presidential campaigns.

“Given her extraordinary talents and capacities together with her singular life experiences, Hillary Clinton is unique, and, most importantly, exceptional in what she can bring to the University’s missions of research and teaching, along with public service and engagement for the public good.”

“She is a remarkable leader who has been on the frontlines of virtually every critical challenge facing our world today—from the global fight to save democracy, her advocacy for women’s rights, and her staunch defense of marginalized people everywhere.”

“We look forward to welcoming this extraordinarily accomplished global leader and passionate advocate for women, children, and social justice to Columbia World Projects.

“We are eager for her contributions to our efforts to advance rigorous scholarship and pursue sound policies and effective actions.”

Hillary Clinton will join Columbia University as a professor focusing on global politics and policy in the fall https://t.co/uDGVuO6vzS

Welcome to @HillaryClinton who joins our community as a professor at Columbia University! pic.twitter.com/tIdJaWxoJY