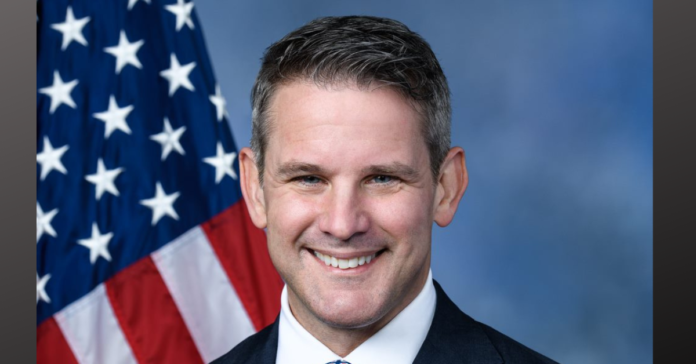 Former Rep. Adam Kinzinger (R-IL) gave up the game and joined CNN days after leaving Congress where he spent his last few months auditioning for a role at one of the networks. Or so it seemed because he took frequent swipes at former President Donald Trump and his former colleagues as he exited the stage.

It worked as he knew it would. CNN issued a statement that Adam is “joining CNN as a Senior Political Commentator. Kinzinger joins CNN with extensive experience in GOP politics, having recently retired from the U.S. House of Representatives after serving six terms representing Illinois’ Sixteenth Congressional District.

“Kinzinger most recently served on the high-profile House Select Committee to Investigate the January 6th Attack on the United States Capitol as well as the House Committee on Energy and Commerce and the House Foreign Affairs Committee.

“Prior to being elected to Congress, Kinzinger served in the Air Force in both Operation Iraqi Freedom and Operation Enduring Freedom.

“Kinzinger was commissioned a 2nd Lieutenant in November 2003 and later awarded his pilot wings.

Adam also called for Trump to be charged before he joined CNN in what seems like an audition now:

“If this is not a crime, I don’t know what is. If a president can incite an insurrection and not be held accountable, then really there’s no limit to what a president can do or can’t do.

“I think the Justice Department will do the right thing. I think he will be charged, and I frankly think he should be.

“If he is not guilty of a crime, then I frankly fear for the future of this country.”

Join us in welcoming @AdamKinzinger to CNN as a Senior Political Commentator. Welcome to CNN, Adam! https://t.co/hjP7alMnqa pic.twitter.com/LFJhoWmXn9