Reporter Fires Back After Adam Schiff Violated US Constitution To Silence Him: “I challenge Schiff to produce evidence to back up his defamatory remarks to Twitter” 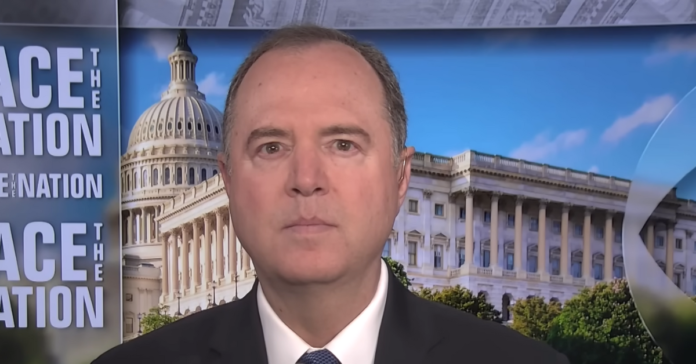 US Rep. Adam Schiff’s office tried to get a journalist suspended from Twitter and to have “any and content” related to his staffers removed from the site which is as clear a violation of the US Constitution from an elected official as you will see.

Schiff needs to resign in disgrace immediately and repent for his sins because this type of government overreach is the only thing that can kill the golden goose called America. Our freedoms and opportunities, unique in the world, are what make our country the envy of the world.

In the latest installment of the “Twitter Files” independent journalist Matt Taibbi posted a Nov. 20, 2020, email from Schiff’s office demanding Twitter suppress speech they didn’t like on the social media platform.

Matt wrote: “They also received an astonishing variety of requests from officials asking for individuals they didn’t like to be banned. Here, the office for Democrat and House Intel Committee chief Adam Schiff asks Twitter to ban journalist Paul Sperry.

Twitter, at least initially, told Schiff to pound sand saying, ‘we don’t do this.”

But then it gets insidious and proves why our constitution is so beautiful and why Schiff’s violation is so egregious.

Schiff used false information to back up his claim for the ban. Qanon bs conspiracies were all over the internet and the tech companies shut them down.

So Adam claimed the journalist he disliked was pushing qanon garbage to get him banned.

But it wasn’t true, Perry says he never ever pushed that stuff.

For any Democrats who want to excuse this remember, the GOP will be back in the White House in the future. They will have the House as soon as they can pick a Speaker.

They can do the same thing Schiff did. This will start a vicious cycle that will be hard to stop and threatens our freedoms.

Sperry said: “I have never promoted any ‘QAnon conspiracies.’ Ever. Not on Twitter. Not anywhere.

“Schiff was just angry I outed his impeachment whistleblower and tried to get me banned.

“I challenge Schiff to produce evidence to back up his defamatory remarks to Twitter.”

“This is a scurrilous smear, but par for the course for the unscrupulous Chairman Schiff.

“Still, I was banned just a few months after this ‘request.’

“Were there subsequent demands from Schiff? May explain why Twitter would never give me a reason for banning me,” he added.

“WE DON’T DO THIS” Even Twitter declined to honor Schiff’s request at the time. Sperry was later suspended, however.”

Adam Schiff, have you ever heard of the state action doctrine? How private companies cannot be directed by government to do what is constitutionally forbidden from doing, a.k.a. violating the first amendment? https://t.co/FuUe40VMv2