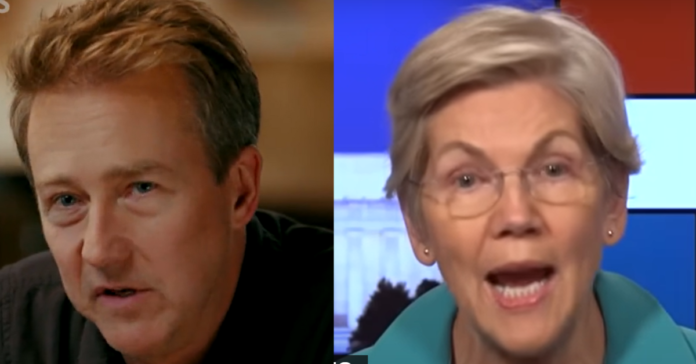 Gates stunned Norton when he told him: “Pocahontas is indeed your 12th great grandma. You have a direct paper trail. No doubt about it.” Gates went on to say his relation to Pocahontas was via her marriage to John Rolfe in 1614.

Gates shared a clip from the episode on social media where he explains to Norton his connection to his 12th great-grandmother, Pocahontas, but also something about his family that made Norton ‘uncomfortable.’ Norton says:

“It makes you realize what a small piece of the whole human story you are.”

Norton also got some bad news that could see him canceled in some circle. His ancestors owned a family of slaves as well.

Through a direct paper trail leading to Pocahontas and John Rolfes’ 1614 marriage certificate, @EdwardNorton learns that his family lore appears to be true. His 12th great-grandmother is Pocohantas!

Tune in TOMORROW night on @PBS at 8/7c for the Finding Your Roots premiere!! pic.twitter.com/54sTTt2YKY

His ancestors owned a 55-year-old man, a 37-year-old woman, and their five daughters.

Norton was not pleased and said he felt very “uncomfortable” about it.

“Everybody should be uncomfortable with it.

Pocahontas was a Native American woman, belonging to the Powhatan people, notable for her association with the colonial settlement at Jamestown, Virginia.

She was the daughter of Powhatan, the paramount chief of a network of tributary tribes in the Tsenacommacah, encompassing the Tidewater region of Virginia.

Pocahontas was captured and held for ransom by English colonists during hostilities in 1613.

During her captivity, she was encouraged to convert to Christianity and was baptized under the name Rebecca.

She married tobacco planter John Rolfe in April 1614 at the age of about 17 or 18, and she bore their son Thomas Rolfe in January 1615.

AOC Issues Warning To Republican Party: "Could we get Democratic chairs of committees as a result of a coalition government”