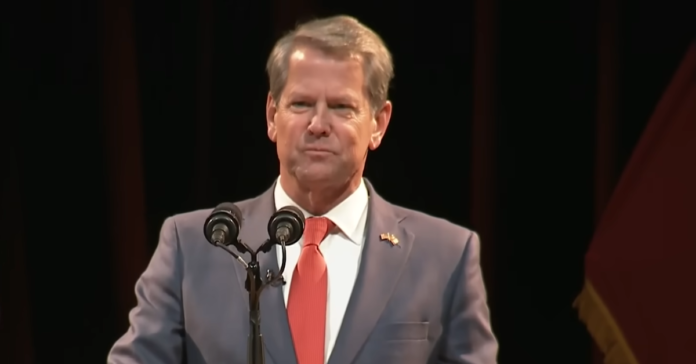 Gov. Brian Kemp (R-GA) signed an order over the holiday weekend setting up the special election at the end of the month for Daniel Rampey’s state House seat after the newly elected Georgia state lawmaker stepped down after being charged with stealing prescription drugs from a retirement complex.

Kemp ordered the special election to be held on Jan. 31. Rampey was elected to represent Georgia’s District 116 state House seat in November without opposition after winning the Republican primary.

He manages the Magnolia Estates of Winder Assisted Living Center.  He was hit with 19 felony counts that include unauthorized distribution or possession of a controlled substance, burglary and exploitation, and intimidation of disabled adults, elderly persons, and residents.

Barrow County Sheriff Jud Smith said his office received a telephone call from a family member housed at the assisted living center that alerted to them to a possible theft.

Smith said: “They had suspected that some narcotics were missing from the resident’s room.

“We got information from the family that they had set up a recording device and recorded their room as they left, and when they did, they found that Rampey had come into the room unannounced and took some narcotics from a bedside table, which was recorded.”

The cops set up a sting and caught him cold.

Smith said: “We had a couple of instances of him on video taking the items and today we had one as well.

“We actually filmed him going into the residence and taking the items.”

“His withdrawal will ensure his constituents have a voice in this session of the General Assembly after the special election is held.”

According to Online Athens:

The residence burglarized was a villa, separate from the main complex, on the Magnolia Estates property, according to the sheriff.

Matt Gaetz Overrules Trump, Sinks Kevin McCarthy For Fourth Time: "This changes neither my view of McCarthy nor Trump nor my vote"