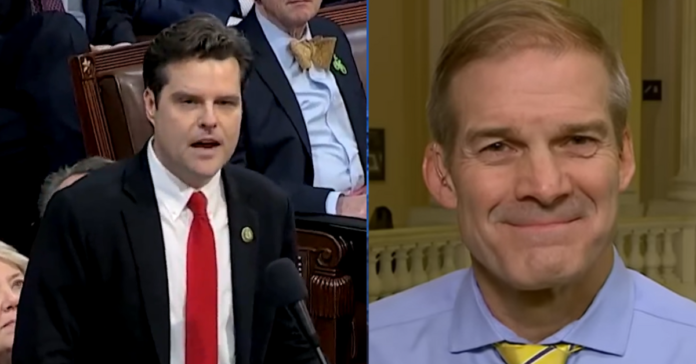 U.S. House Rep Matt Gaetz (R-FL) nominated U.S. House Rep Jim Jordan (R-OH) to be House Speaker before the second round of voting.  Jordan may not take it this round but it looks like McCarthy won’t have the votes to cross the finish line.

So in a third round of voting you may see the GOP agree on a compromise. Jordan has said he doesn’t want it and he even nominated U.S. House Rep Kevin McCarthy (R-CA) to become the next Speaker in a bid to persuade the holdouts.

McCarthy was unable to secure enough votes in the first vote as 19 GOP representatives voted against him and he has already lost 8 which emans he will lose again.

The second vote is going against Kevin. Jim Jordan is expected to get 19 votes.

They said McCarthy’s resistance to rules changes, involvement in primaries and leadership history — among other issues — meant they could not support him for Speaker.

Over the weekend, McCarthy offered some late concessions to those withholding support for him including allowing a move to “vacate the chair” — a move to force a vote on ousting the Speaker — with the approval of five Republican members, rather than a threshold of at least half of the House GOP Conference.

But that did little to sway his critics, as nine House Republicans — which did not include the “Never Kevin” five — signaled in a Sunday letter.

Matt Gaetz on fire making his case for Jim Jordan as Speaker of the House… pic.twitter.com/IchItUIR6P