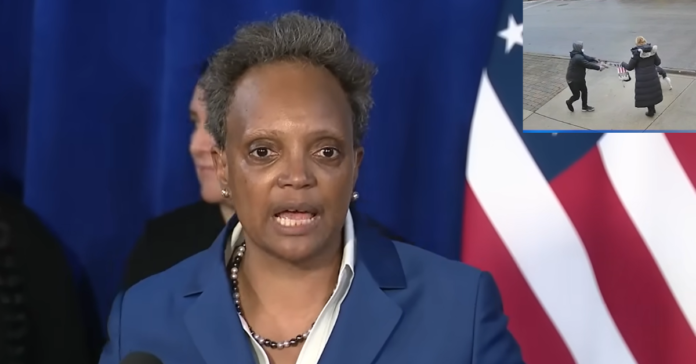 At least 30 people were shot, eight fatally, in shootings across Chicago over New year’s weekend police said. This is bad news for embattled Mayor Lori Lightfoot because the 2023 Chicago mayoral election will be held on February 28, 2023

A 9-year-old boy died after he was shot inside a home on Chicago’s South Side. A man was fatally shot Sunday afternoon on a sidewalk in Austin on the West Side. The 52-year-old was outside in the 5000-block of West Superior Avenue when a vehicle drove up and a gunman opened fire.

The man was shot in the head and chest, police said. It was the fourth homicide of 2023 in Chicago. A teen was killed and three others were wounded in a shooting Sunday afternoon on the city’s South Side, Chicago police said.

CPD discovered a silver Kia with four people inside with gunshot wounds. Witnesses said another vehicle had pulled up alongside the Kia and began firing several rounds at the occupants. Kia’s are commonly stolen and used for other crimes.

The driver of the Kia died of his injuries. The other three are being treated at nearby hospitals, police said.

Police confirmed said the victim’s Kia was stolen on Dec. 30. Multiple shell casings and a weapon were recovered at the scene.

A man was killed and another was wounded early Sunday morning in West Town. They were shot inside a business around 1:30 a.m. One suffered multiple gunshot wounds and died.

The other man was shot in the left calf and is listed in good condition.

Two people were shot, one fatally, in a shootout at a Hookah Lounge in Ukrainian Village early Sunday morning.

The suspect tried to force his way into the bar with guns blazing. The victims fired back and the suspect fled.

“Crime is a complicated issue and it requires a comprehensive, multi-tiered strategy,” Lori Lightfoot said.

Why don’t Chicagoans feel safe when, even with a modest decline from 2021, last year was still the fourth worst for murders since the mid-90s and overall major crime reports were up 41%, hitting a five-year high?