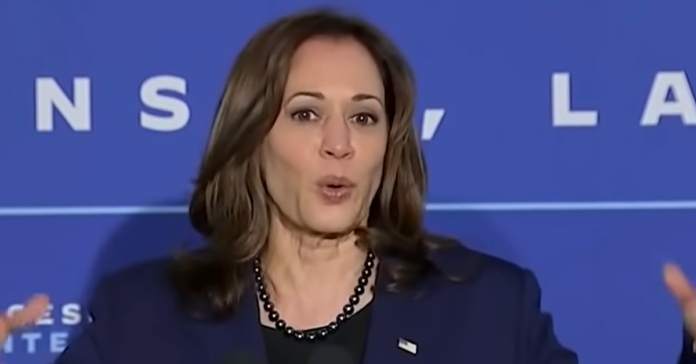 Former aides to Vice President Kamala Harris turned on the Vice President in a new book about the administration. They told the author, Chris Whipple, how bad it really is behind the scenes.

Harris has been a disaster on all fronts and embarrassed the Biden administration in multiple friendly interviews by flubbing softball questions. If she can’t handle simple, easy questions there is no way she is prepared for the top job so it is important that staffers speak up so Americans know the truth.

And that is why they are talking according to one former staffer who said, “it’s helpful for people to know that this is not new, and it will inhibit any administration that she is the leader of.” Not a ringing endorsement and with Biden’s age a factor he may have to remove her from the ticket.

The ex-staffers, one a longtime aide who worked with her in California say she is consumed by “deep, deep insecurity” that created a toxic work environment.

One ex-aide said Kamala was lazy and that she “refused to do the kind of preparation that you need to do before going public on a hardcore policy matter.

“And then she became incensed and outraged when things wouldn’t go the way she thought they were supposed to.

“There was a lot of magical thinking.”

The same staffer said when Harris screwed up she would use identity politics to save her.

“When somebody raises an issue about Kamala, everybody’s like, you don’t want to see black women succeed.

“Everybody who goes to work for Kamala, by definition, wants to see her succeed.

“That’s why you take these jobs.

“I think it’s helpful for people to know that this is not new, and it will inhibit any administration that she is the leader of.”

“The amount of stress she created by constantly being impossible to manage and taking out all her stresses on staff — usually women, or people who were not in great positions of authority — was just kind of unbearable.”

“It’s clear that you’re not working with somebody who is willing to do the prep and the work,” one former worker told the Washington Post earlier in a report that confirms the reporting in the book.

“With Kamala you have to put up with a constant amount of soul-destroying criticism and also her own lack of confidence.

“So you’re constantly sort of propping up a bully, and it’s not really clear why.”

We could’ve never predicted that Kamala Harris was insecure https://t.co/J8G84SK16s