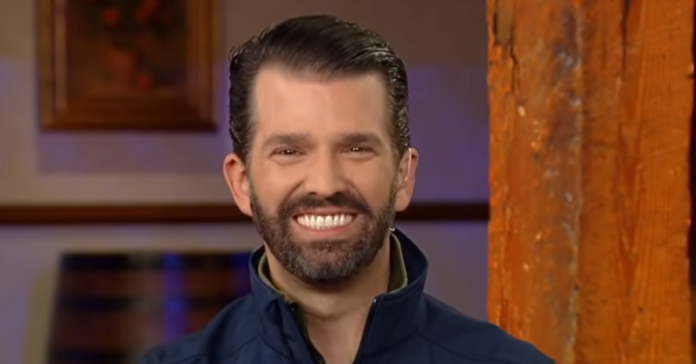 The younger Trump is one of the most popular content creators on the growing network. Rumble will now exclusively host a new Trump Jr. video podcast called “Triggered with Don Jr.”

That was the title of his 2019 best-selling book. The live show will air twice per week beginning the week of January 23rd and will compete with not only podcasts, which don’t normally air live, but television according to Rumble’s CEO as the show will be live in a dedicated timeslot.

Trump Jr. joined Rumble in early 2021. He has over 1 million subscribers.

“While other Big Tech companies are focused on censoring dissent, Rumble is building a platform that welcomes it, which is why so many content creators — all over the political spectrum — are now joining them,” Trump Jr. said.

“Due to the live nature of Don’s podcast and others like it on our platform, I view our podcasts as something that won’t just compete with other podcasting networks, but will also compete with traditional linear television in the longterm.”

Rumble has signed exclusive deals with other big names as the company takes on the competition including Russell Brand, Glenn Greenwald, and YouTuber David Freiheit.

Triggered with Don Jr. begins the week of January 23, and the
title is a take-off on his 2019 book. https://t.co/mllCZYEfpr

The live show will air twice per week beginning the week of January 23https://t.co/8YEi2sHEVc

Pennsylvania Police Chief Runs Toward Danger, Gets Shot And Killed By Gunman Who Later Met Same Fate At Hands Of Police