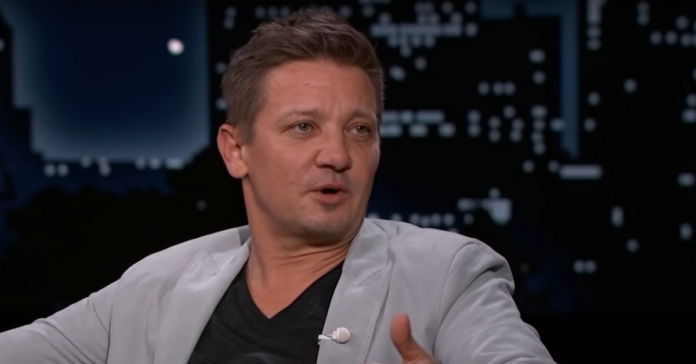 Hollywood star Jeremy Renner is in “critical but stable condition” after being injured in a snow plowing incident accident in Nevada. Renner has a home in a ski area near Mt Rose. The area was hit with a huge snowstorm.

“Upon arrival, Deputies coordinated with Truckee Meadows Fire Protection District and REMSA Health to arrange for medical transport of Mr. Jeremy Renner via care flight to a local area hospital.

“Mr. Renner was the only involved party in the incident.

“We can confirm Jeremy is in critical but stable condition with injuries suffered after experiencing a weather-related accident while plowing snow earlier today, his family is with him, and he is receiving excellent care.”

— A representative of Jeremy Renner. pic.twitter.com/aiSLYbRBTx

“The Washoe County Sheriff’s Office Major Accident Investigation Team is currently looking into the circumstances of the incident.”

Renner is a two-time Oscar nominee. He is the star of the Paramount+ series The Mayor of Kingstown and Marvel’s Hawkeye series on Disney+. He also starred in the Avengers and Captain America films.

According to the Reno Gazette-Journal, Renner has a home in the area, near Mt. Rose-Ski Tahoe, about 25 miles from Reno.

The region saw a winter storm hit on New Year’s Eve that resulted in 35,000 homes across Northern Nevada’s Washoe, Carson, Douglas, Storey and Lyon counties losing power as of this morning, according to the paper.

Jeremy Renner was transported via care flight to a local hospital after the sheriff’s office was called to Renner’s residence near Mt. Rose Highway in Reno, Nevada, Sunday morning https://t.co/aHjm4DzvEu pic.twitter.com/9oRVxpRlY9

After 5-Long Years, The Good Guys Just Scored Another Huge Victory in The "Culture War"