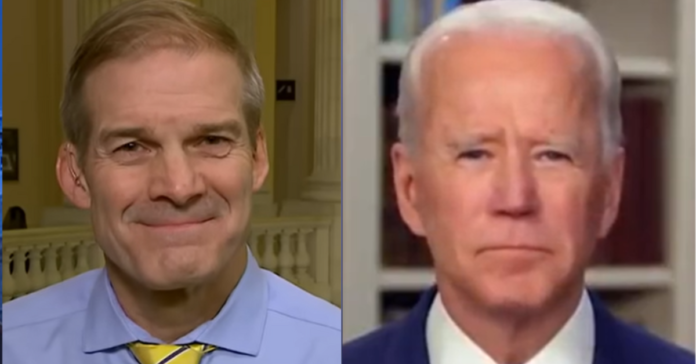 Republicans in the House are accusing President Joe Biden and his administration of obstructing Congressional oversight already in what is a preview of the battles to come now that Biden finally faces some accountability.

White House Special Counsel Richard Sauber sent a letter to Republican Reps. James Comer of Kentucky and Jim Jordan of Ohio saying the WH will ignore the long list of investigative requests sent by the GOP, “Congress has not delegated such oversight authority to individual members of Congress who are not committee chairmen, and the House has not done so under its current Rules,” Sauber said.

Republican Rep. James Comer of Kentucky accused Biden of obstruction: “At every turn the Biden White House seeks to obstruct congressional oversight and hide information from the American people.”

“The Democrats should be offended by that letter, but considering they haven’t requested any information pertaining to oversight over the past two years, I don’t see them asking for anything over the next two years,” Comer added.

House GOP Leader Kevin McCarthy (R-Calif.) said: “The Biden White House is used to House Democrats and the media sweeping essential oversight under the rug. In 5 days, a new Republican majority will have the authority and obligation to get answers for the American people.”

Jordan is referring to the fact that Sauber used former President Donald Trump’s legal opinions to make Biden’s case for obstruction. There are the same opinions the Democrats called extreme and undemocratic when Trump used them.

The media largely agreed and the narrative was set. Now that Biden will be delaying and fighting oversight, using the same rationale, Jordan knows the media will not be calling out Biden.

Former House Oversight Committee Chair Elijah Cummings (D-Md.) said of Trump’s positions, “the latest in a series of abuses by the Trump administration to operate in a shroud of secrecy.”

“We cannot do our jobs if the Trump administration adopts this unprecedented new policy of refusing to provide any information to Congress unless a request is backed by the implicit threat of a subpoena,” Cummings said at the time.

🚨 Sent a letter to my colleagues outlining bills the GOP Majority will bring to the House Floor in the first 2 weeks.

We’re ready to hit the ground running to do what we promised on the border, crime, energy, inflation, Life, taxpayer protection & more.https://t.co/fL82h0jjQH pic.twitter.com/0FZi3Sp8Cz

Republicans, As Usual, Give Roadmap To Coming Investigations; Dems To Prepare