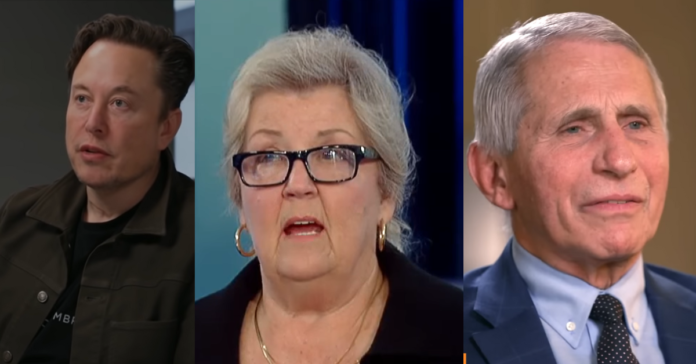 Elon Musk put Dr. Anthony Fauci on notice saying he will release the bombshell Twitter files related to Anthony Fauci this week as part of what he calls the ‘Fauci Files.’ Fauci has a lot of explaining to do and so far he has come up short.

While Fauci says he will testify when the GOP takes the House in a few days they all say that until it is time to sit in the hot seat and then their lawyers delay, delay, delay. We shall see if Fauci honors his promise but if the Twitter Fauci files are bad for Anthony expect him to try to weasel out of testifying.

The 51-year-old Twitter CEO has repeatedly trashed Fauci who retired from his role as White House chief medical adviser and director of the National Institute of Allergy and Infectious Diseases (NIAID) recently.

Juanita Broaddrick said she was, “Waiting …… for #FauciFiles.”

On December 29, Musk claimed that several Twitter employees had an internal ‘Fauci Fan Club’ Slack channel. He said Twitter is to change policy and ‘follow the science, which necessarily includes reasoned questioning of the science.’

Those comments came in response to Fauci saying he won’t react to the ‘cesspool’ of attacks on him by Musk. He has described Musk’s theories as ‘misinformation.’

Musk had said: ‘Fauci lied to Congress and funded gain-of-function research that killed millions of people. Not awesome. imo.’

‘Gain-of-function’ research involves highly controversial work in which viruses are manipulated to make them more severe or transmissible with the hope of better understanding future mutations and outbreaks.

Many believe that the risky research was what led to the Covid-19 virus escaping from a lab in Wuhan.

The story described documents that show the National Institutes of Health (NIH), at the time headed by Fauci, allocated government money to gain-of-function research at the Wuhan Insitute of Virology. Fauci has denied that.

Which is, ironically, obviously super racist!

Since I rarely watch Fox…. I missed this. Sent to me by FB friends. pic.twitter.com/gUwlwp7H3V

Martina Navratilova Diagnosed With Two Forms Of Cancer, Voes To Fight: “It’s going to stink for a while but I’ll fight with all I have got"

Chief Justice John Roberts Takes Veiled Swipe At Chuck Schumer In Year End Report: “A judicial system cannot and should not live in fear, the importance of rule by law instead of by mob”