Don Lemon Screws Up One Job He Had On CNN’s New Year Eve Broadcast, Misses Midnight Countdown In New Orleans 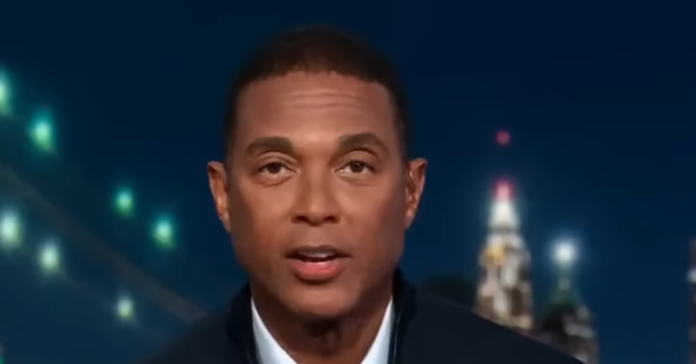 He was tossing out beads to the crowd as the band played “Back That Azz Up” when he realized the flub and tried to correct it but it was too late.

Half an hour before the clock struck midnight, Lemon introduced his mother and joked about CNN’s alcohol ban for the event this year after a series of embarrassing missteps. But when they were all drunk they had a countdown and didn’t miss ringing in the new year.

“I know everyone is wondering, is Don Lemon drinking, is he lit? I will let you be the judge,” said Lemon. “My mom says I don’t need to drink to have this personality.”

“This is my natural personality,” Lemon said. “Everybody thinks I’m drunk every year, I’m not.”

The countdown clock on the screen ticked down to zero and CNN’s split screen showed fireworks going off in Nashville as Lemon seemed unaware it was midnight for a few moments and then trying to hear something in his ear monitor.

“Y’all ready for this countdown?” Lemon shouted as the crowd cheered.

“Midnight! It is New Year’s Eve, it’s 2023!” he yelled after realizing the countdown was no longer needed. “Happy new year!”

Some viewers claimed technical difficulties were the reason for the botch.

Don Lemon had one job to do, but because he was “backing that azz up” he blew through it.

Lemon misses the New Year count down while sober. pic.twitter.com/cDQjcmNLp9

We got to see exactly what happens when a reporter’s IFB (audio connection to producer) goes out.@donlemon complained about it since at least 11:30, but nothing was done.

President Trump Has a "Controversial" New Theory On Midterm Losses... is He Wrong?