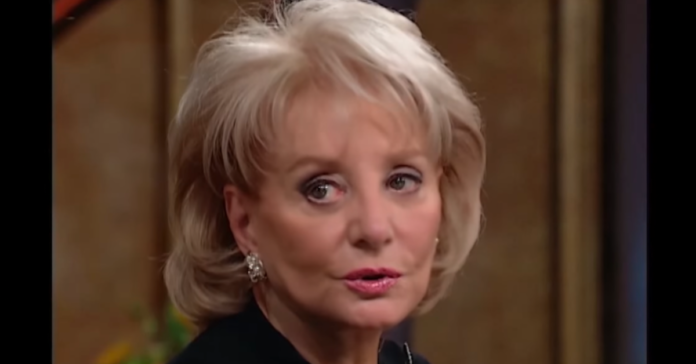 Barbara Walters, the trailblazing television news broadcaster has died. She was 93.

“I do not want to appear on another program or climb another mountain,” she said earlier. “I want instead to sit on a sunny field and admire the very gifted women — and OK, some men too — who will be taking my place.”

“I do so much homework, I know more about the person than he or she knows about themselves,” Walters said in a 2014 television special.

“At some point, the things that had been a liability for her, being a woman trying to get a foothold in a male-dominated industry, began to become more of an asset,” Thompson said. “She was smart and prepared, but at the same time she came across as more compassionate (than her male peers).

“Barbara Walters proved to be the evolutionary step between Edward R. Murrow and Oprah Winfrey.”