Suspect In Killings of 4 University of Idaho Students Arrested in Pennsylvania: Report 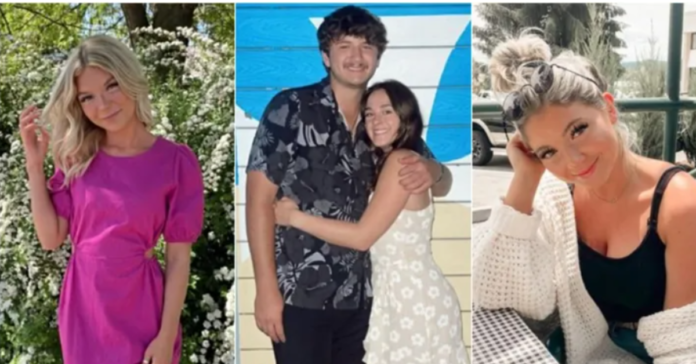 Authorities have a suspect in custody in the gruesome Nov. 13 murders of four University of Idaho students, a law enforcement source told Fox News. A man in his mid-20s was taken into custody by local police and the FBI at 3 a.m. in Scranton, Pennsylvania. NBC confirmed the reporting.

The suspect is a college student but does not go to the University of Idaho. The case has attracted national attention because of the grisly nature of the crime and the lack of leads and suspects.

The Moscow police department will hold a news conference today but said: “Investigators believe someone has information that adds context to what occurred on the night of the murders and continue requesting additional pictures, video, and social media content. Our focus remains on the investigation, not an individual’s activities displayed in the tip,” authorities said.

Investigators have focused on tracking down the occupants of a 2011 to 2013 white Hyundai Elantra that was spotted near the home at the time of the murders.

Chapin was a freshman from Mount Vernon, Washington, and a member of the Sigma Chi fraternity. He was studying recreation, sport and tourism management, according to the school.

Chapin’s girlfriend, Kernodle, who was from Avondale, Arizona, was a junior majoring in marketing and a member of the Pi Beta Phi sorority.

Mogen was a senior from Coeur d’Alene, Idaho, studying marketing and a member of the Pi Beta Phi sorority, according to the university.

Goncalves, who was from Rathdrum, Idaho, was a senior majoring in general studies and a member of the Alpha Phi sorority.

The Moscow Police Department in Idaho will hold a news conference Friday afternoon to announce developments in the investigation into the killings of four University of Idaho students.

The police department’s announcement of the news conference at 1 p.m. local time (4 p.m. ET) comes a day after police said they have received about 20,000 tips through more than 9,025 emails, 4,575 phone calls, and 6,050 digital media submissions, while having conducted over 300 interviews in the case of the four students slain in an off-campus home.

A 25-year-old man has been arrested in Pennsylvania in connection with the stabbing deaths of four University of Idaho students whose bodies were found in a rental home near campus last month, multiple law enforcement sources with direct knowledge of the investigation said Friday.

It marks the first major break in a case that has both captivated and mystified the globe.

The sources said the man was apprehended in the Scranton area Friday morning. Authorities are expected to hold a news conference on the case later Friday.