“The Time Has Come For His Wealthy Friends To Be Held Responsible”: Wall Street Bank Sued For Helping Jeffrey Epstein 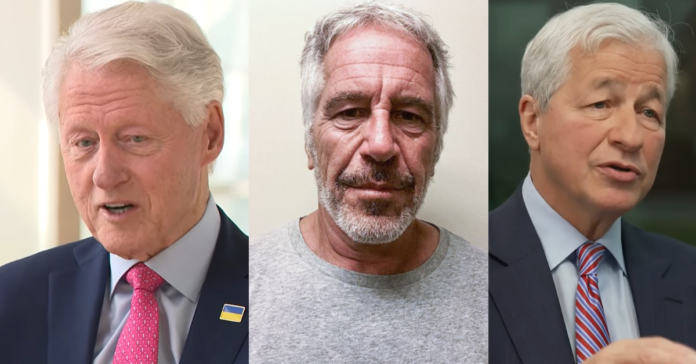 “Over more than a decade, JPMorgan (JPM) clearly knew it was not complying with federal regulations in regard to Epstein-related accounts as evidenced by its too-little too-late efforts after Epstein was arrested on federal sex trafficking charges and shortly after his death, when JPMorgan (JPM) belatedly complied with federal law,” said the complaint filed by US Virgin Islands Attorney General Denise George.

The lawsuit added a dagger that should make all of Epstein’s friends nervous: “Human trafficking was the principal business of the accounts Epstein maintained at JPMorgan.”

The complaint accuses JPMorgan Chase of concealing “wire and cash transactions that raised suspicion of a criminal enterprise whose currency was the sexual servitude” of young girls.

The women accuse JPMorgan of having “provided special treatment to the sex-trafficking venture, thereby ensuring its continued operation and sexual abuse and sex-trafficking of young women and girls.”

“Without the financial institution’s participation, Epstein’s sex trafficking scheme could not have existed,” the lawsuit says.

Bradley Edwards, a lawyer in the case against Deutsche Bank, told the Wall Street Journal earlier:

“The time has come for the real enablers to be held responsible, especially his wealthy friends and the financial institutions that played an integral role.

“These victims were wronged, by many, not just Epstein.

Holding the banks accountable is one thing but the American public needs to see Epstein’s full client list released no matter the consequences.

It is far past the time to come clean on that and if powerful men fall so be it.

The US Virgin Islands is suing JPMorgan for “turning a blind eye” to former client Jeffrey Epstein’s sex-trafficking on his private island there https://t.co/VPBfvla3sc

[VIDEO] 11-Year-Old Boy Risks His Own Life, Runs Into Burning Apartment to Save 2-Year-Old Sister