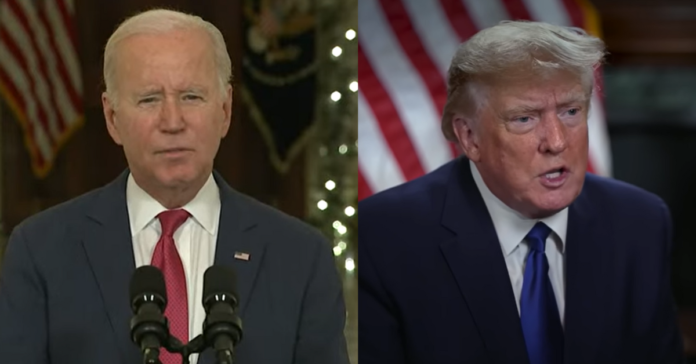 Chris Whipple is a bestselling author with extraordinary access to the inner workings of Washington DC. He has a new book coming out about President Joe Biden called “The Fight of His Life: Inside Joe Biden’s White House” where he spills the beans on what is really going on inside the White House.

The book jacket claims, “Prizewinning journalist Chris Whipple takes us inside the Oval Office as the critical decisions of Biden’s presidency are being made. With remarkable access to both President Biden and his inner circle—including Chief of Staff Ron Klain, Secretary of State Antony Blinken, and CIA Director William Burns—Whipple pulls back the curtain on the internal power struggles and back-room compromises.

“Featuring shocking new details about how renegade Trump officials enabled the transfer of power, which key staffers really make the White House run (it’s probably not who you think), why Joe Biden no longer speaks freely around his security detail, and what he really thinks of Vice President Kamala Harris, the press, and living in the White House, The Fight of His Life delivers a stunning portrait of politics on the edge.”

According to Whipple, Biden doesn’t trust some of the Secret Service agents around him because they are supporters of former President Donald Trump.

“A bigger problem was Biden’s discomfort with his Secret Service detail; some of them were MAGA sympathizers. He didn’t trust them,” Whipple wrote.

“The Secret Service is full of white ex-cops from the South who tend to be deeply conservative,” Whipple wrote.

“Surrounded by a new phalanx of strangers, Biden couldn’t help but wonder, Do these people really want me here ?” Whipple wrote.

Biden also thought someone on his Secret Service detail was lying about Joe’s new dog biting one of them.

“Biden “wasn’t buying the details,” such as the location of the incident, although he didn’t dispute that the bite took place, Whipple wrote.

“Biden told a friend that Secret Service agents are never at the location of the incident, which was allegedly on the second floor of the White House.

“Somebody was lying, Biden thought, about the way the incident had gone down,” Whipple wrote.

Biden was so frustrated over his failed immigration policy that he was heard “dropping f-bombs” from the White House’s West Wing, according to author Chris Whipple’s new book. https://t.co/mvQZhYJWKC

Jonathan Turley Calls For New ‘Church Committee’ To Investigate The FBI: “Clearly, this is the time for a new Church Committee, and time to reform the FBI”

Elon Musk Sets Anthony Fauci Straight: “Anyone who says that questioning them is questioning science itself cannot be regarded as a scientist”