Elon Musk Sets Anthony Fauci Straight: “Anyone who says that questioning them is questioning science itself cannot be regarded as a scientist” 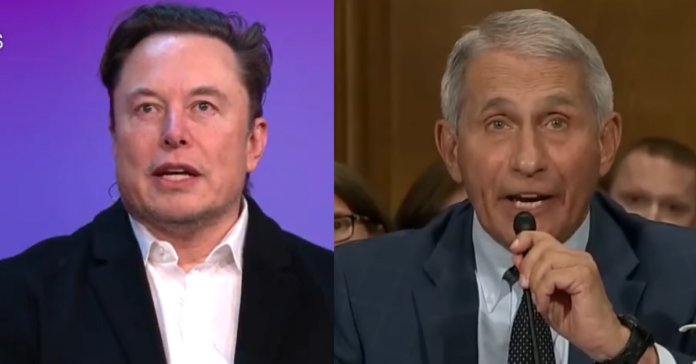 Twitter CEO Elon Musk overruled Anthony Fauci and laid down the law on Twitter promising to follow the science which must include asking hard questions. Musk said:

“New Twitter policy is to follow the science, which necessarily includes reasoned questioning of the science. Anyone who says that questioning them is questioning science itself cannot be regarded as a scientist.”

The last comment was directed at Fauci who said earlier: “That’s what’s called the scientific process. As you get more information, it’s essential that you change your opinion, because you’ve got to be guided by the science and the current data.

“Attacks on me, quite frankly, are attacks on science. All of the things I have spoken about, consistently, from the very beginning, have been fundamentally based on science. Sometimes those things were inconvenient truths for people.”

“In 2022, breakthrough vaccines for Malaria and all Influenza strains were discovered.

SEPT- Novel malaria vaccine developed by Oxford University scientists was found to be up to 80% effective at preventing infection.

“NOV – mRNA-based experimental influenza vaccine was found to produce antibody responses against all 20 known strains of influenza A and B in tests on mice and ferrets, with lasting protection for 4 months.

“A combination of Moderna’s experimental cancer vaccine, referred as mRNA-4157/V940, and Merck’s immunotherapy called Keytruda is successful against melanoma, considered the deadliest skin cancer, reducing the risk of recurrence or death by 44% during Phase 2 clinical trials.”

Fauci is of the opinion that questioning him means you’re questioning science because he represents science. And you’re not allowed to do that. pic.twitter.com/fmUuD680tp

Dem Rep Jaime Raskin Makes Heartbreaking Announcement: "After several days of tests, I have been diagnosed with Diffuse Large B Cell Lymphoma”