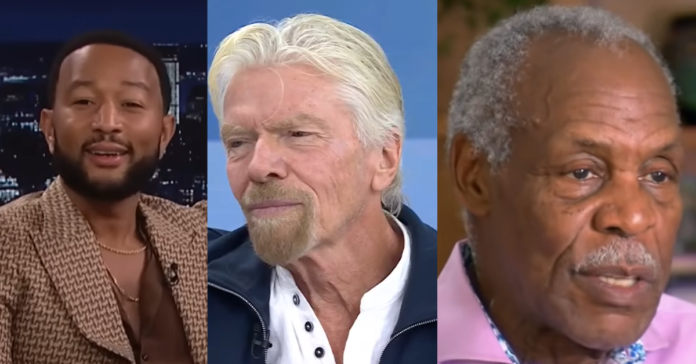 A celebrity-backed bail fund has shut down after being sued for freeing a career criminal who tried to murder an Asian waiter just six days after the Bail Project secured his release.

The Bail Project, whose backers include Richard Branson, Danny Glover and John Legend, announced it was shutting down its Las Vegas chapter over the case of Rashawn Gaston-Anderson.

Rashawn was arrested in November 2021 for burglary and theft but was released after The Bail Project paid his $3,000 bail. Less than one week after he was released, Gaston-Anderson went into a restaurant and opened fire on an Asian waiter named Chengyan Wang.

Wang was shot 11 times but miraculously survived because a “police officer helped me stop the bleeding on my neck.” Wang is now suing the woke organization.

In the lawsuit, Wang’s attorneys claim The Bail Project used “no due diligence in determining whether Rashawn Gaston-Anderson would be a danger to the community and likely re-offend.”

“Overall, this—experiencing this moment of life and death—The most difficult part is for me to know, especially thanks to God’s grace, for saving me and all the hard work the medical team put in.

“And now I have a second chance in life.

“I can still vividly remember when the first police officer on the scene immediately helped me stop the bleeding on my neck.

“And helped me put pressure on other ones.”

“The first thing I’m looking forward to is going back to work.

“He was there the whole time encouraging me and making sure I stay awake and stay conscious and not fall asleep.

“Las Vegas is a beautiful, amazing city. It’s prosperous and I can feel the hospitality, the compassion.

“From the first responders, from the police, from the medical team, to the people that have donated so far. “Although I haven’t met you, I really appreciate it.

“And lastly, also I’m very grateful that God saved me and his grace has spared my life,” he said.

“I don’t think they care and truly don’t care because some man nearly lost his life,” Lilia Ceballos said.

“We pick and choose who we want to do business with. We just don’t bail out habitual problem cases,” Manny Ceballos said.

“We provide free bail assistance and what we call community release with support which includes rides to and from court, court notifications and we attempt to navigate services in the community based on our clients’ self-identified needs.”

Elon Musk Sets Record Straight: “To be totally frank, almost every conspiracy theory that people had about Twitter turned out to be true”

Someone Needs To RUN Over to Bette's House and Unplug Her Internet ASAP...