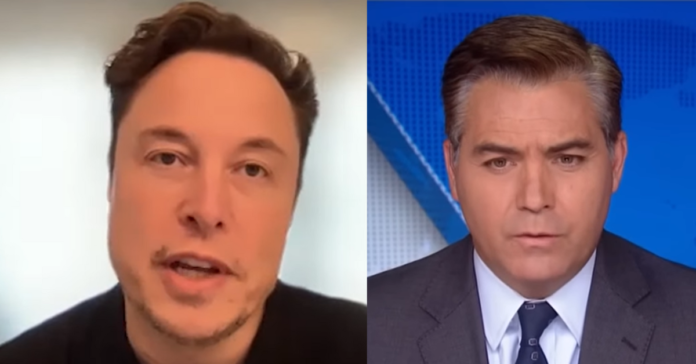 Independent journalist Glenn Greenwald called out the media for whining about treatment on the new Twitter causing Elon Musk to remind CNN and every other media outlet who is in charge of Twitter and it ain’t them anymore. Glenn said:

“Corporate journalists are learning this for the first time because they had been immune, but Twitter, pre-Musk, always required deletion of offending tweets before returning. None of these people gave a shit that the NY Post was locked out for 2 weeks before the election.

“Think about how self-regarding and pathetic these people are: For years, journalists have been banned by Big Tech and they cheered, demanding more. NY Post’s reporting was blocked and were locked out for 2 weeks. Now their friends were banned for 12 hours: Free Press Crisis!

“And that’s to say nothing about Assange.He didn’t get a 12-hour Twitter suspension. He’s been imprisoned by the US and UK for more than 3 years, and they want to prosecute him for espionage for doing more journalism than these people could ever dream of.

“These corporate media people are so fucking twisted they think Aaron Ruper — a video dunce who watches TV all day and posts distorted clips to Twitter — is a “journalist.”

“But they think Julian Assange and Matt Taibbi aren’t journalists.

“Tells you all you need to know.

“The reason employees of media corporations try to turn the most trivial events – mean tweets and 12-hour Twitter bans – into major persecution:

“They are harmless to power. They never threaten power centers, only serve them. So they’ll never be persecuted. They’re left with this:

“Three out out of the 4 journalists prancing around like Free Press martyrs because they got a 12-hour Twitter ban have never once mentioned Julian Assange.

“The fourth, @atrupar, has frequently mentioned him: to cheer the Trump and Biden DOJs for imprisoning him.

“Isn’t it bizarre that TV shows had @atrupar on as a free press martyr without once asking:  How can be that when you break no stories, just watch TV? and; How can you be a free press crusader when you’ve spent years cheering Assange’s imprisonment?”

“That’s what angers them most: when they’re subjected to the same set of rules as the serfs, peasants and independent journalists who they don’t regard as legitimate despite having broken infinitely more important stories than they ever will. It’s the loss of their caste status.”

Corporate journalists are learning this for the first time because they had been immune, but Twitter, pre-Musk, always required deletion of offending tweets before returning.

None of these people gave a shit that the NY Post was locked out for 2 weeks before the election. https://t.co/7s9fk6LXsN