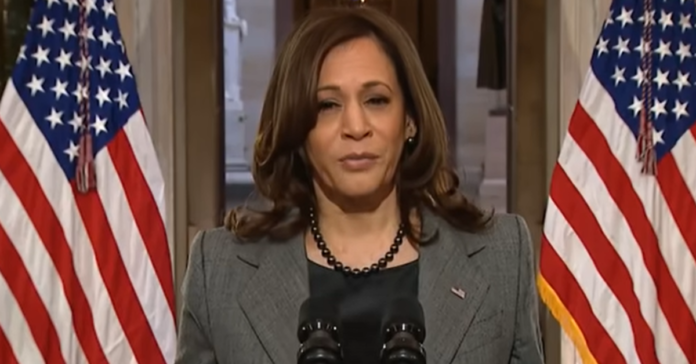 Vice President Kamala Harris is whining about the media again rather than facing up to what all consider to be an underwhelming first two years in office. Speaking to Washington Post columnist Jonathan Capehart she said:

Capehart agreed with Kamala and instead of blaming her horrific public appearances that caused even President Joe Biden to call her a ‘work in progress’ in a new book he said she had a “banner year.”

“Harris is right about that. Despite having a television and a print pool reporter at most of her public events, the vice president garners little attention.

“Sometimes the office is frustrating — as one of her predecessors famously put it, ‘not worth a bucket of warm, ‘um, spit.’

“And much of the attention she has received, especially in her first year, has been rough. Stories about staff departures were routinely hyped as disarray in narratives that unfairly called into question Harris’ competence.

“[T]he nation’s first Black female and first South Asian vice president has also had to contend with the negative reactions and low expectations that come with shattering ossified notions of who should be in the position.

kamala harris when the wheels on the bus stop moving pic.twitter.com/7t17Sea9mp

“I don’t have anything to lay out specifically on what that work looks like” pic.twitter.com/4e3vcBYonV

Kamala Harris is chronically undervalued & under-appreciated in her role as VP, with echoes of how a loud, inaccurate but persistent narrative painted Hillary Clinton. Important emphasis here on what Harris has masterfully pulled off so far. https://t.co/dVekcHoE5T