Kamala Harris Gives Up Game, Says Social Media Companies Must “Cooperate And Work With Us” On “Protecting Our Democracy” 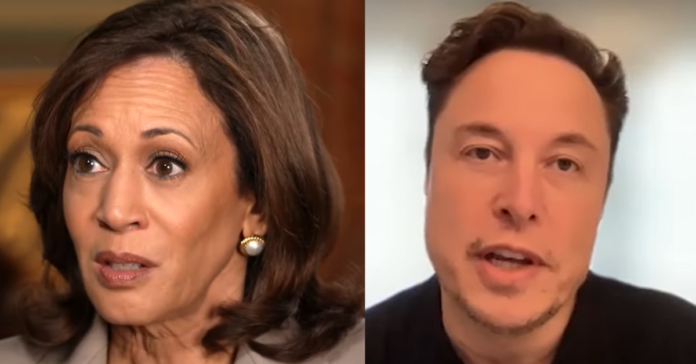 Vice President Kamala Harris gave up the hame on NPR’s “All Things Considered” saying social media companies must work with the government to stop misinformation and disinformation on their platforms and specifically must “work with us who are concerned about national security to ensure there is not a manipulation that is allowed or overlooked.”

She said: “I think about this issue a bit differently, which is my deep and profound concern about how misinformation and disinformation have infiltrated information streams in our country.”

Harris said reports both classified and public show there was a “profound amount of intentional disinformation and misinformation targeting specific demographics to take advantage of what might be preexisting disparities and skepticism about the role and importance of government.”

She continued: “When I see how social media is used in that way, it causes me a very deep level of concern.

“So, what I would say about any social media site is this:

“I fully expect and would require that leaders in that sector cooperate and work with us who are concerned about national security and concerned about upholding and protecting our democracy to do everything in their power to ensure that there is not a manipulation that is allowed or overlooked that is done with the intention of upending the security of our democracy and our nation.”

“Big Tech is out to get conservatives and is increasingly willing to undermine First Amendment values by complying with the Biden Administration’s directives that suppress freedom of speech online.

“Publicly available information suggests that your companies’ treatment of certain speakers and content may stem from government directives or guidance designed to suppress dissenting views.”

Reporter: “I’m wondering if there’s any update .. on what [Kamala Harris] has been doing and what she will continue to do” about the border.

Jean-Pierre: “I don’t have anything to lay out specifically on what that work looks like … I would probably refer you to her office.” pic.twitter.com/3JnoHCGvhQ

! The @nprpolitics podcast is out with a new episode.

ICYMI🚨: Vice President Kamala Harris blamed Republicans for the border crisis during an interview with NPR on Monday and said they were unwilling to engage on the issue. pic.twitter.com/eahER9a2fv

Elon Must To Step Down As Twitter CEO:  “I will resign as CEO as soon as I find someone foolish enough to take the job”