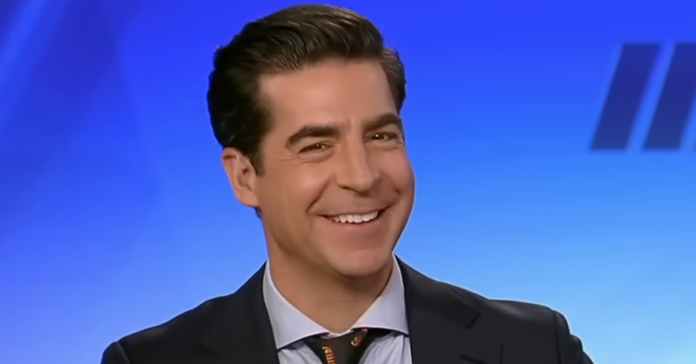 Fox News star Jesse Watters made cable news history with his hit show ‘Jesse Watters Primetime.’ Watters also stars in the monster hit and the number one show on cable ‘The Five.’ That show also set a new record becoming the first non-primetime cable program to finish the year as cable’s most-watched in total viewers in television history.

But Watters has multiple co-stars on that show making what he is doing with his solo show even more impressive.

Jesse Watters Primetime (weeknights, 7 PM/ET) was not only 2022’s fastest growing cable news show, beating the competition across the board with 2.9 million viewers and 396,000 in A25-54, but it also delivered the highest-rated 7 PM/ET hour in cable news history.

Fox News was the number one cable network in primetime and total day in viewers again and finished 2022 as the highest-rated cable news network for the 21st straight year.

Liberals want you to believe ‘American’ is a harmful word #FoxNews pic.twitter.com/seqdDDS3ub

Fox News beat CNN and MSNBC combined in primetime and total day across both categories, finishing the year as the only cable news network to notch more than 2 million in primetime viewers and 1 million in total day viewers.

MSNBC and CNN had their lowest-rated years of all time in total day viewers with the younger A25-54 demo.

Fox News had the top 13 out of 15 programs on cable news with total viewers.