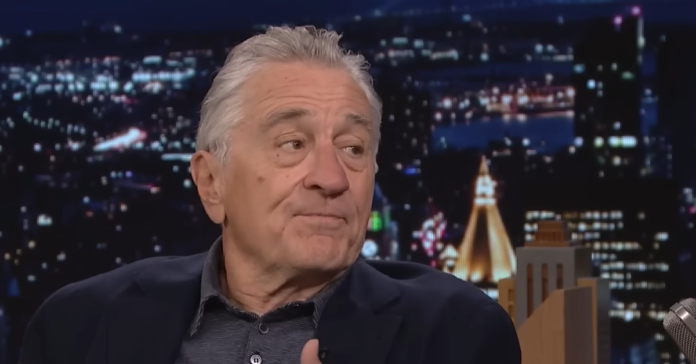 A well-known burglar was caught inside the home of Robert De Niro as the Hollywood star was sleeping in his Manhattan townhouse early Monday morning. The 30-year-old woman, Shanice Aviles, was busted trying to steal Christmas gifts around his tree.

Police sources told the New York Post Aviles was observed by police officers from the NYPD’s 19th Precinct trying to open doors to commercial buildings before watching her break into De Niro’s townhouse around 2:30 a.m.

The cops followed her inside De Niro’s house and found her on the second floor rifling through his things. Aviles has a long rap sheet and is known by the police as a prolific thief.

De Niro was upstairs and his daughter was in a bedroom according to cops. They were not aware of the robbery in process.

A woman allegedly broke into actor Robert De Niro’s Upper East Side townhouse early this morning and began snatching up Christmas presents from under his tree, according to police. https://t.co/NKH6W0a0oE

De Niro did come downstairs to investigate what was going on after the commotion woke him up but did not interact with the thief police sources told The New York Daily News.

“She was stealing Christmas presents,” a police official said.

“This is just another example of the catch and release justice system we’re dealing with,” a police official said.

A source told the Post Aviles as “one of the 19th Precinct’s top five burglars.”

“Back in the saddle with this perp,” said another police source.

Aviles has at least 26 prior arrests, mostly for burglaries, according to the sources.

The sticky-fingered thief began her crimes during the pandemic.

This year alone, she has been busted 16 times for burglary and petit larceny, according to the sources.

…She was picked up for seven burglaries in the 19th Precinct – which covers the Upper East Side – between Nov. 25 and Dec. 8, the sources said.

She was arrested for six burglaries on Dec. 8, the police official said.

Elon Musk Calls Out Media For Ignoring Border Crisis: “Why do so few report about millions of people crossing the border?”