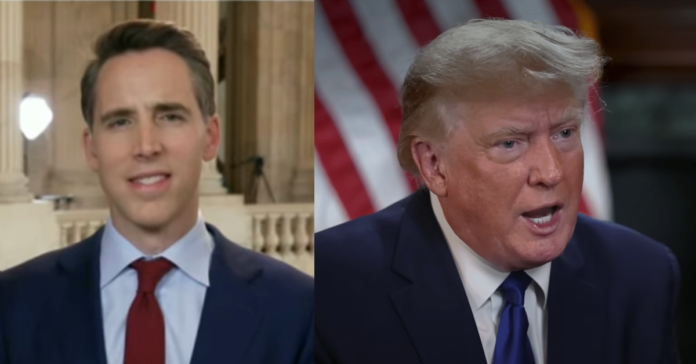 The Senate proved former President Donald Trump 100% right and passed a bill to ban TikTok on U.S. government devices. Trump famously warned against this company and was mocked by all sides. But now they have seen the light.

The No TikTok on Government Devices Act, introduced by Sen. Josh Hawley (R-MO), passed by unanimous consent, meaning not one single senator objected to it.

Hawley said: “Tonight the Senate unanimously passed my bill to BAN TikTok on all government devices.

“Now is the time to act quickly and send this bill to the President’s desk.”

TikTok was not happy.

“Once again, Sen. Hawley has moved forward with legislation to ban TikTok on government devices, a proposal which does nothing to advance U.S. national security interests,” said a TikTok spokesperson.

“We hope that rather than continuing down that road, he will urge the Administration to move forward on an agreement that would actually address his concerns.”

Hawley fired back with:

“Here’s TikTok acknowledging there are national security concerns with its platform! – but begging Congress not to ban it on government devices,” he tweeted on Thursday.

“As painful as it is for me to say, if Donald Trump was right and we could’ve taken action then, that’d have been a heck of a lot easier than trying to take action in November of 2022.

“The sooner we bite the bullet, the better.”

“There is no more time to waste on meaningless negotiations with a CCP-puppet company.

”It is time to ban Beijing-controlled TikTok for good.”