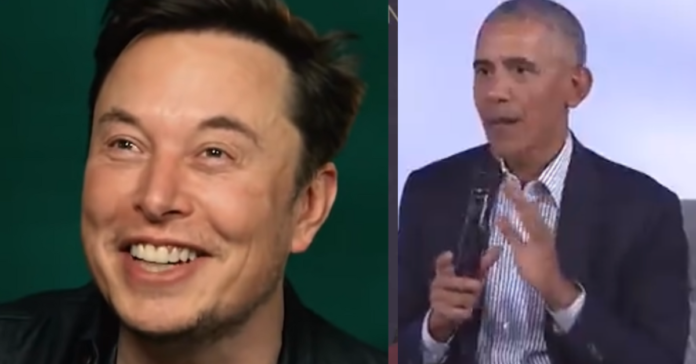 Twitter CEO is being attacked by hysterical woke critics for the crime of bringing common sense back to social media.

But in doing so he exposes these critics and threatens their power to control the narrative. As they won’t listen to reason, Musk checkmated them using the words of their idol, Barack Obama.

A Twitter posted a video of Obama scolding woke liberals with the caption:

“My god. @BarackObama has gone full MAGA, just like @elonmusk!”

Obama says in the video:

“This idea of purity and you’re never compromised and you’re always politically woke and all that stuff, you should get over that quickly.

“The world is messy. There are ambiguities. People who do really good stuff have flaws.

“People who you are fighting may love their kids.

”I get a sense among certain young people on social media that the way of making change is to be as judgmental as possible about other people.

“If I tweet or I hashtag about how you didn’t do something right or you used the wrong verb, then I can sit back and feel pretty good about myself because ‘Man did you see how woke I was? I called you out!’

“That’s not bringing about change. If all you’re doing is casting stones, you are probably not going to get that far,” he said.Musk said, “wise words from president Obama.

Elon Musk Threatens Man Who Stalked His Small Child: “Legal action is being taken against Sweeney & organizations who supported harm to my family”