Donald Trump Goes Scorched Earth: “I will fire every federal bureaucrat who has engaged in domestic censorship” 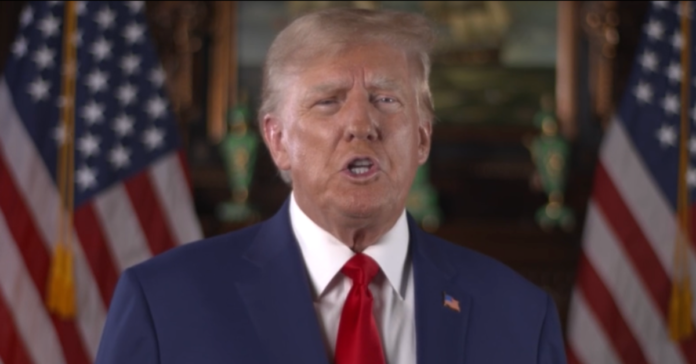 Former president Donald Trump unveiled his plan to protect free speech and the bureacrats are polishing their resumes.

Trump said: “I will sign an executive order banning any federal department or agency from colluding with any organization, business or person to censor, limit, categorize or impede the lawful speech of American citizens.

“I will then ban federal money from being used to label domestic speech as mis- or disinformation.

“And I will begin the process of identifying and firing every federal bureaucrat who has engaged in domestic censorship — directly or indirectly — whether they are the Department of Homeland Security, the Department of Health and Human Services, the FBI, the DOJ, no matter who they are.

“If any U.S. university is discovered to have engaged in censorship activities or election interferences in the past, such as flagging social media content for removal of blacklisting, those universities should lose federal research dollars and federal student loan support for a period of five years, and maybe more.

“If we don’t have free speech, then we just don’t have a free country, it’s as simple as that.

“If this most fundamental right is allowed to perish, then the rest of our rights and liberties will topple, just like dominoes one by one, they’ll go down.

“That’s why today, I’m announcing my plan to shatter the left-wing censorship regime and to reclaim the right to free speech for all Americans, and reclaim is a very important word in this case because they’ve taken it away.”