Trump Follows Through On Threat, Files Defamation Lawsuit Against Members Of Pulitzer Prize Board 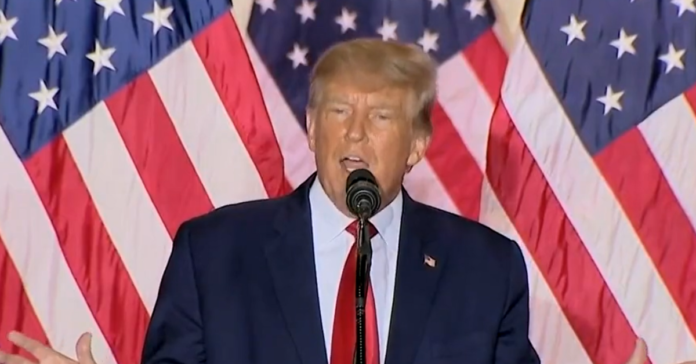 Former President Donald Trump followed through on an earlier threat and filed a defamation lawsuit against members of the Pulitzer Prize Board over the 2018 National Reporting prizes given to The New York Times and Washington Post for coverage of BS ties between the Trump campaign and Russia.

The lawsuit says: “While elements at both the Times and the Post were almost certainly complicit in the Russia Collusion Hoax, is ultimately immaterial whether the authors of the Awarded Articles understood at the time they were propagating political disinformation manufactured by paid sources in an attempt mislead the public and tarnish President Trump’s reputation and political prospects.

“What matters instead is the Defendants’ conduct, particularly when many of the key assertions and premises of the Russia Collusion Hoax that permeated the Awarded Articles had been revealed by the Mueller Report and congressional investigations as false after the 2018 Pulitzer Prize in National Reporting had been awarded.

“The Pulitzer Statement was knowingly published by Defendants to create a false implication in the mind of the reader that ‘the Trump campaign, the President-elect’s transition team and his eventual administration’ was connected with Russian attempts to interfere in the 2016 presidential election. Defendants did so with actual malice and the intention to harm President Trump and his reputation.

“In either case, Defendants published the Pulitzer Statement with actual malice.

“Plaintiff has been damaged by the publication of the Pulitzer Statement because it is intended to leave the reader with the false impression that President Trump colluded with a hostile foreign government to undermine a United States presidential election, and is further intended to stoke feelings of hatred, distrust, and discouragement in the reader toward Plaintiff,” the suit says.

Earlier this year, the Pulitzer Prize Board defended the 2018 award:

“The Pulitzer Prize Board has an established, formal process by which complaints against winning entries are carefully reviewed.

“In the last three years, the Pulitzer Board has received inquiries, including from former President Donald Trump, about submissions from The New York Times and The Washington Post on Russian interference in the U.S. election and its connections to the Trump campaign–submissions that jointly won the 2018 National Reporting prize.

“These inquiries prompted the Pulitzer Board to commission two independent reviews of the work submitted by those organizations to our National Reporting competition.

“Both reviews were conducted by individuals with no connection to the institutions whose work was under examination, nor any connection to each other.

“The separate reviews converged in their conclusions: that no passages or headlines, contentions or assertions in any of the winning submissions were discredited by facts that emerged subsequent to the conferral of the prizes.”

DON EYES THE PRIZE: Trump to Sue Pulitzer Board if They Don’t Rescind WaPo, NYT Awards for Hoax Coverage https://t.co/xNtwYHTESQ

Trump Threatens to Sue Pulitzer Committee After They Officially Rebutted His Complaints About Russia Reporting https://t.co/KWjOwnRLoZ