Elon Musk Puts Justin Trudeau On Notice: “Sounds like an attempt to muzzle the voice of the people of Canada” 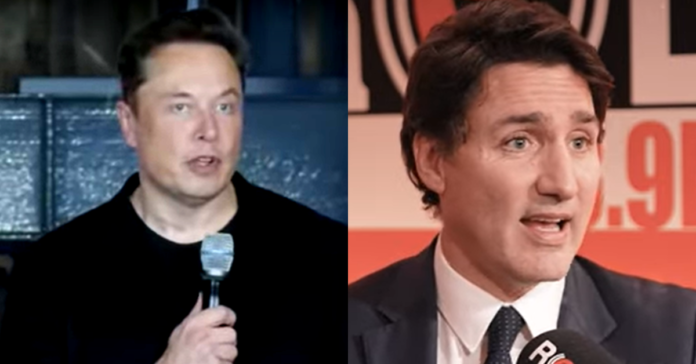 But a Twitter whistleblower recently came forward and detailed how bad it was before Elon took over (this is a separate report and not the Twitter Suppression Files Musk released last week), so all his critics should be thanking him for securing such a vital platform.

A Twitter user said: “The stuff uncovered in the Twitter whistleblower report is much crazier than anything in the “Twitter files” but it’s much less politically/tribally salient so it got no attention. Going to do a thread on some of the craziest things, in no particular order.

“Twitter didn’t monitor employee computers at all, it was not uncommon for employees to install spyware on work devices.

“Twitter does not have separate development, test, staging, and production environments. At least 5,000 employees had privileged access to production systems.

“In 2020, Twitter had security incidents serious enough they had to be reported to the federal government on an almost weekly basis. Meanwhile, Parag Agarwal was lying about how secure Twitter was.

On 1/6, Mudge (the whistleblower) wanted to take action to prevent potential sabotage by a rogue employee. He learned it was not possible for Twitter to secure its production environment.

“Mudge realized that a data center failure could potentially cause the permanent loss of all of Twitter’s data. He shared this fact with senior leadership, who instructed him not to put it in writing for the Board…

Twitter knowingly allowed itself to be infiltrated by, or otherwise a tool of, many governments.

“After Agrawal became CEO, he wanted to present materially misleading information to the Board, overriding Mudge’s objections.

“Other employees raised similar objections. Ultimately it seems the material was shared anyway, and Mudge described the presentation to the Board as fraud.

“Internal review after the meeting confirmed this assessment. Mudge began working on a report to correct the record with the Board. As his report neared completion, he was fired.”

“Canada’s Liberal government wants to regulate internet content and deputize social media companies to enforce “hate speech” bans (with a low and murky threshold for what “hate speech” is).

“I hope @elonmusk takes a stand against this.”

“Sounds like an attempt to muzzle the voice of the people of Canada.”

Twitter knowingly allowed itself to be infiltrated by, or otherwise a tool of, many governments. pic.twitter.com/E3IKtwaPKC

Internal review after the meeting confirmed this assessment. Mudge began working on a report to correct the record with the Board. As his report neared completion, he was fired. pic.twitter.com/AMHXZNf2Rx