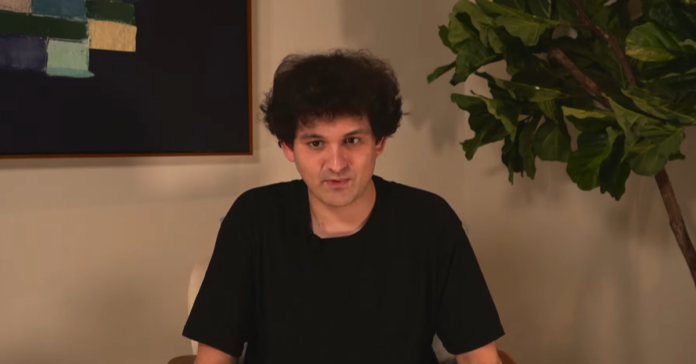 One of the largest donors to Democrat politicians and liberal causes was arrested in the Bahamas today. FTX founder Sam Bankman-Fried was arrested by Bahamian authorities after the United States Attorney for the Southern District of New York shared a sealed indictment with the Bahamian government.

He will be extradicted to the U.S. and based on how much he looted, he may get a sentence as long as disgarced Wall Street trader Bernie Madoff. Damian Williams, the U.S. Attorney for the Southern District of New York, said:

“Earlier this evening, Bahamian authorities arrested Samuel Bankman-Fried at the request of the U.S. Government, based on a sealed indictment filed by the SDNY.  We expect to move to unseal the indictment in the morning and will have more to say at that time.

Bahamas Attorney General Ryan Pinder said that the United States filed criminal charges against Bankman-Fried and was “likely to request his extradition.”

USA Damian Williams: Earlier this evening, Bahamian authorities arrested Samuel Bankman-Fried at the request of the U.S. Government, based on a sealed indictment filed by the SDNY. We expect to move to unseal the indictment in the morning and will have more to say at that time.

“The Bahamas and the United States have a shared interest in holding accountable all individuals associated with FTX who may have betrayed the public trust and broken the law.

“While the United States is pursuing criminal charges against SBF individually, The Bahamas will continue its own regulatory and criminal investigations into the collapse of FTX, with the continued cooperation of its law enforcement and regulatory partners in the United States and elsewhere.”

Last month, FTX and its affiliates filed for bankruptcy and Bankman-Fried stepped down from his role as CEO. The crypto trading firm imploded in spectacular fashion following a run on assets similar to a bank run.

Bankman-Fried was replaced by John J. Ray III, who had overseen Enron’s bankruptcy. Ray is also scheduled to testify before Congress this week.

In prepared remarks released Monday, Ray said that FTX went on a “spending binge” from late 2021 through 2022 when approximately ”$5 billion was spent buying a myriad of businesses and investments, many of which may be worth only a fraction of what was paid for them,” and that the firm made more than $1 billion in “loans and other payments…to insiders.”

Golly! Look who stood in line with his hand out for campaign cash from alleged fraudster Samuel Bankman-Fried!

And Chuy sits on the House Committee which oversees the financial sector!

Will Chicago elect a mayor with ties to FTX? pic.twitter.com/8vtjvjC2gr