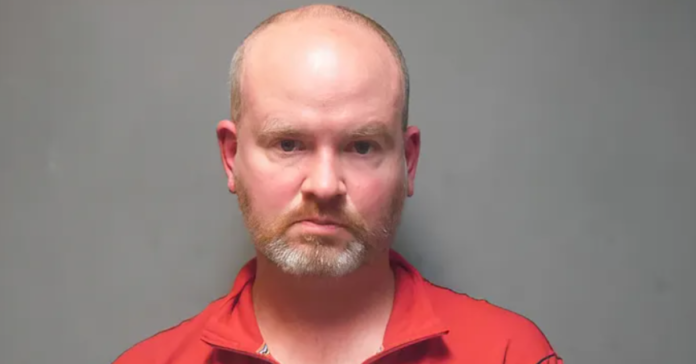 A former CNN television producer pleaded guilty Monday in federal court to using interstate commerce to entice and coerce a 9-year-old girl to engage in sexual activity at his Vermont ski house. John Griffin, a former senior producer for CNN, was arrested on Dec. 10, 2021.

Griffin worked for CNN for around eight years. He was fired after he was arrested. According to the AP, “He faces a possible sentence of at least 10 years and up to life in prison when he is sentenced on March 20, 2023. He must pay full restitution to the victims, an amount which will be determined by the court.

“He also faces a fine of up to $250,000 and other fees and has agreed to forfeit a Tesla vehicle, and electronic items and to donate half of the proceeds from the sale of his Vermont home and the upcoming sale of a Mercedes vehicle into the court registry.”

DOJ issued a statement when Griffin was indicted that said:

“The Office of the United States Attorney for the District of Vermont announced today that John Griffin, 44, of Stamford, Connecticut was arrested today by the Federal Bureau of Investigation after a federal grand jury in Vermont charged Griffin with three counts of using a facility of interstate commerce to attempt to entice minors to engage in unlawful sexual activity.

“Griffin will have his initial appearance later today in federal court in New Haven, Connecticut.

“According to the indictment, from April to July of 2020, Griffin utilized the messaging applications Kik and Google Hangouts to communicate with people purporting to be parents of minor daughters, conveying to them, among other ideas, that a “woman is a woman regardless of her age,” and that women should be sexually subservient and inferior to men.

“On these communication platforms, Griffin sought to persuade parents to allow him to train their daughters to be sexually submissive.  In June of 2020, Griffin advised a mother of 9- and 13-year-old daughters that the mother’s responsibility was to see that her older daughter was “trained properly.”

“Griffin later transferred over $3,000 to the mother for plane tickets so the mother and her 9-year-old daughter could fly from Nevada to Boston’s Logan airport.

“The mother and child flew to Boston in July of 2020, where Griffin picked them up in his Tesla and drove them to his Ludlow house.  At the house, the daughter was directed to engage in, and did engage in, unlawful sexual activity.

“The indictment also includes specific allegations that Griffin attempted to entice two other children over the internet to engage in sexual activity.  In April of 2020, Griffin proposed to engage in a “virtual training session” over a video chat that would include him instructing the mother and her 14-year-old daughter to remove their clothing and touch each other at his direction.

“ In June of 2020, Griffin proposed to a purported mother of a 16-year-old daughter that she take a “little mother-daughter trip” to Griffin’s Ludlow ski house for sexual training involving the child.

The United States Attorney’s Office emphasizes that an indictment contains allegations only and that Griffin remains presumed innocent until and unless he is convicted of a crime.

“The indictment includes a notice that states the federal government intends to seek the forfeiture of Griffin’s Ludlow house, his Tesla, a Mercedes, and other property that was used in the commission of the charged offenses,” the statement said.

Ben Carson Fires Back After School Board Removes His Name From High School: “Cancel culture is going to destroy us as a nation if we don’t get a grip on it”