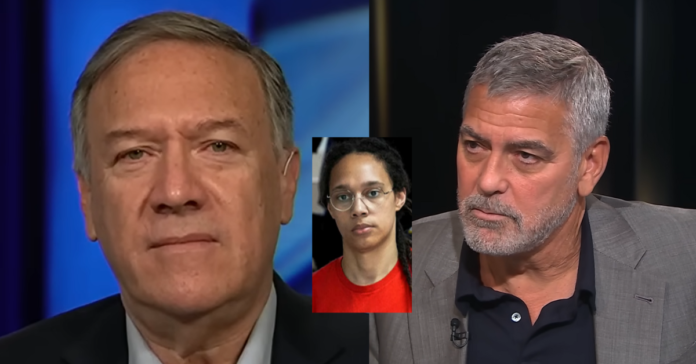 Former Secretary of State Mike Pompeo warned Hollywood and sports celebrities that President Joe Biden’s controversial prisoner swap with Russia for WNBA star Brittney Griner will make it “more likely” for celebrities and other rich and famous people to be taken hostage.

Pompeo said: “The Trump administration was always very clear. We weren’t going to trade bad guys for celebrities because it creates the wrong incentives for the bad guys as we go forward. It’s not good for American national security.

“It’s not good for people who are traveling across the world. My mission was always to get every American back but at the same time not create the risk that more Americans would be taken in.

“There is no doubt that today not just Vladimir Putin, but all the bad guys, the Iranians, those who hold Americans in detention, see that if you take a celebrity, the chance of getting one of your bad guys back out of American control is greater.

“I think for people out there of notoriety, it is more likely they will be taken hostage today, and that is not a good policy.”

“Nobody over at the White House is doing backflips of joy that he is walking the streets, but this was the deal we can get and now is the moment we could get it.

“We’re obviously going to look after our national security going forward and Mr. Boot has choices to make, and if he chooses to get back into that line of work then we’re going to do everything we can to hold them properly accountable as we have in the past.”

“The American people believe it’s an either or, that they had a choice. They don’t have a choice. You have to negotiate with the Russians.

“Listen, we’d love to have Paul Whelan home, and I know his family would, I know Roger Carstens would.

“I know the Biden administration would love to have Paul Whelan home, and they’re going to get him home.

“But at this point in time, they just couldn’t get it done.

“And it’s very difficult to do.”

TikTok is a national security threat and a spy app for the Chinese Communist Party.

It’s past time for the Administration to act.https://t.co/pTd0uHzfbu

Biden’s weakness is provocative. And our adversaries have noticed.