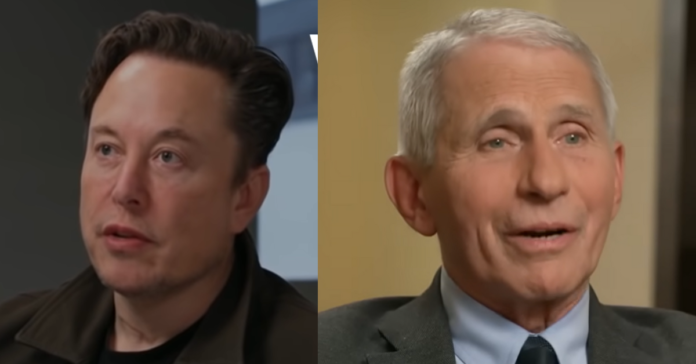 Musk said: “My pronouns are Prosecute/Fauci. Now things get spicy.”

A Twitter user asked Musk, “When will we get the Twitter files on covid? The info on the suspension of the many doctors and scientists? Who was involved? Suppression of what has turned out to be factual information.”

Musk responded with: “Oh it is coming bigtime.”

Journalist Michael Shellenberger released The latest installment of the Twitter files for Musk. He wrote:

“TWITTER FILES, PART 4. The Removal of Donald Trump: January 7. As the pressure builds, Twitter executives build the case for a permanent ban.

“On Jan 7, senior Twitter execs: create justifications to ban Trump, seek a change of policy for Trump alone, distinct from other political leaders, express no concern for the free speech or democracy implications of a ban.

“For years, Twitter had resisted calls to ban Trump. “Blocking a world leader from Twitter,” it wrote in 2018, “would hide important info… [and] hamper necessary discussion around their words and actions.”

“But after the events of Jan 6, the internal and external pressure on Twitter CEO @jack grows. Former First Lady @michelleobama , tech journalist @karaswisher , @ADL , high-tech VC @ChrisSacca , and many others, publicly call on Twitter to permanently ban Trump.

“On January 7, @Jack emails employees saying Twitter needs to remain consistent in its policies, including the right of users to return to Twitter after a temporary suspension. After, Roth reassures an employee that “people who care about this… aren’t happy with where we are.”

“Around 11:30 am PT, Roth DMs his colleagues with news that he is excited to share.

“The new approach would create a system where five violations (“strikes”) would result in permanent suspension.

“The *only* serious concern we found expressed within Twitter over the implications for free speech and democracy of banning Trump came from a junior person in the organization. It was tucked away in a lower-level Slack channel known as “site-integrity-auto.

Oh it is coming bigtime …

Roth pushes for a permanent suspension of Rep. Matt Gaetz even though it “doesn’t quite fit anywhere (duh)”

It’s a kind of test case for the rationale for banning Trump.

“I’m trying to talk [Twitter’s] safety [team] into… removal as a conspiracy that incites violence.” pic.twitter.com/ZQP6u1zevy