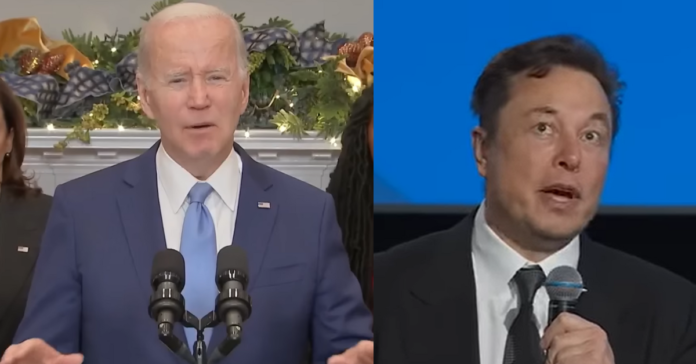 House GOP leaders say they have talked to Elon Musk, or his team, about testifying before the House Oversight Committee as part of their new probe into President Joe Biden and his walking scandal of a son Hunter.

Rep. James Comer (R-Ky) said: “I have reached out to Elon Musk through backchannels to tell him that we would love for him to come before the committee. I’m pretty confident he’s going to provide more information, but he is welcome to come before our committee. We will roll out the red carpet for Elon Musk.

“What I want to know is who told you that this was Russian disinformation? Did you all just make this up, or was the FBI involved?

“Who within the Biden campaign specifically was the one that was advising you on this,” he said.

Comer sent a letter to Musk earlier asking for documents the previous management would not hand over.

“Committee on Oversight and Reform Republicans are investigating the Biden family’s pattern of influence peddling to enrich themselves and President Biden’s involvement in these schemes.

“As part of this investigation, Committee Republicans are reviewing the role Big Tech—including Twitter—played in supporting the Biden campaign in 2020 by suppressing certain stories implicating the Bidens.

“Following your recent acquisition of Twitter and pledge to make the social media platform a place “where a wide range of beliefs can be debated in a healthy manner,” we hope you will correct this error made by the company’s former leadership and provide Americans with transparency.

“To that end, we request Twitter provide information regarding its previous leaders’ decision to limit information that may have affected the 2020 election.

“The company’s former leadership did not respond to our letter. We believe open communication and access to information is a fundamental principle for any free people, and the American people deserve to know the reason Twitter suppressed or censored the Biden laptop story shortly before the 2020 election,” he wrote.

House Republicans are in talks with Elon Musk about offering testimony before the House Oversight Committee next year. Incoming Chairman Rep. James Comer says he has been communicating with Musk through a “backchannel” https://t.co/TN9H4LicQp

These individuals were critical to Twitter’s decision to censor legitimate facts ahead of an American election.@FoxNews pic.twitter.com/Y4psxrtWdk