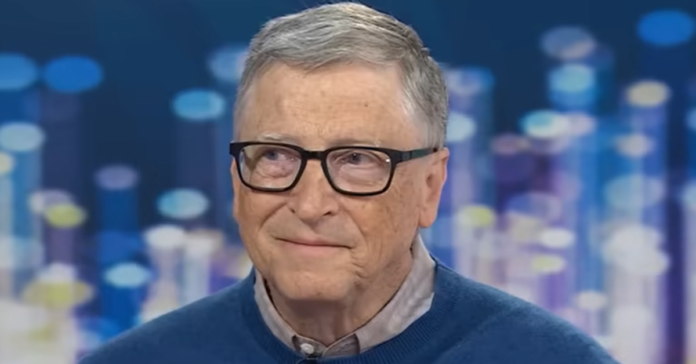 The Federal Trade Commission dealt a huge blow to Bill Gates and will try to block Microsoft Corp. from acquiring leading video game developer Activision Blizzard, Inc. Activision is behind games like Call of Duty.

The FTC is alleging the $69 billion deal, Microsoft’s largest ever and the largest ever in the video gaming industry, would allow Microsoft to suppress competitors to its Xbox gaming systems and its subscription content and cloud-gaming business.

“Microsoft has already shown that it can and will withhold content from its gaming rivals,” said Holly Vedova, Director of the FTC’s Bureau of Competition. “Today we seek to stop Microsoft from gaining control over a leading independent game studio and using it to harm competition in multiple dynamic and fast-growing gaming markets.”

The FTC issued a statement that said: “In a complaint issued today, the FTC pointed to Microsoft’s record of acquiring and using valuable gaming content to suppress competition from rival consoles, including its acquisition of ZeniMax, parent company of Bethesda Softworks (a well-known game developer).

“Microsoft decided to make several of Bethesda’s titles including Starfield and Redfall Microsoft exclusives despite assurances it had given to European antitrust authorities that it had no incentive to withhold games from rival consoles.

“Microsoft’s Xbox Series S and Series X are one of only two types of high performance video game consoles.

“Activision is one of only a very small number of top video game developers in the world that create and publish high-quality video games for multiple devices, including video game consoles, PCs, and mobile devices.

“It produces some of the most iconic and popular video game titles, including Call of Duty, World of Warcraft, Diablo, and Overwatch, and has a combined 154 million monthly active users around the world, according to the FTC’s complaint.

“Activision currently has a strategy of offering its games on many devices regardless of producer.

“But that could change if the deal is allowed to proceed. With control over Activision’s blockbuster franchises, Microsoft would have both the means and motive to harm competition by manipulating Activision’s pricing, degrading Activision’s game quality or player experience on rival consoles and gaming services, changing the terms and timing of access to Activision’s content, or withholding content from competitors entirely, resulting in harm to consumers.

“The Commission vote to issue the complaint was 3-1, with Commissioner Christine S. Wilson voting no. A copy of the administrative complaint will be available shortly.

“NOTE: The Commission issues an administrative complaint when it has “reason to believe” that the law has been or is being violated, and it appears to the Commission that a proceeding is in the public interest.

“The issuance of the administrative complaint marks the beginning of a proceeding in which the allegations will be tried in a formal hearing before an administrative law judge.

“The Federal Trade Commission works to promote competition, and protect and educate consumers,” the statement said.

🚨🚨🚨 The FTC says it will sue to block @Microsoft‘s acquisition of @ATVI_AB.
—The trial’s outcome will set a huge precedent for media/tech/gaming M&A moving forward
— Defining moment for the Biden Admin, which has vowed to crack down on antitrusthttps://t.co/JcGaOxZP8s

Texas GOP Warns Joe Biden: "Texans are in imminent danger, and Texas leadership is right to use all powers under their authority to defend Texas' border and its citizens”