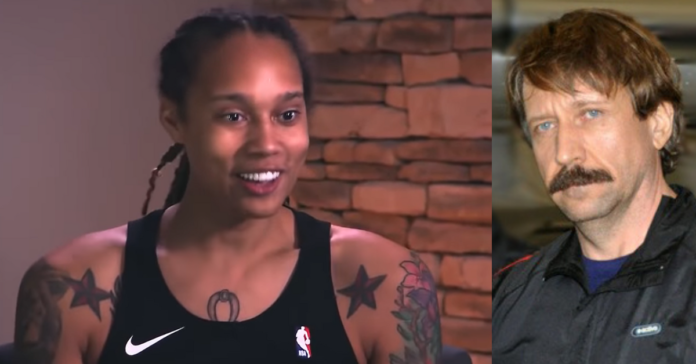 WNBA star Brittney Griner has been released from a Russian penal colony in a prisoner swap for notorious arms dealer Viktor Bout. The swap did not include former Marine Paul Whelan.

According to NBC: “Whelan is serving a 16-year prison sentence after being accused of spying, which the U.S. has denied. People familiar with the negotiations for his release say the Russians refused to release Whelan without getting a Russian spy in return.

“The U.S. insists it does not have any Russian spies in its custody, and thus no one to trade to meet the Kremlin’s demand.”

Moments ago I spoke to Brittney Griner.

According to CBS News:

“A White House official said President Biden was in the Oval Office Thursday morning on the phone, speaking with Griner, and her wife Cherelle Griner and Vice President Kamala Harris were also in the room.

“Per standard procedure for freed U.S. prisoners, Griner was expected to quickly undergo a medical evaluation.”

The fact that the deal was a one-for-one swap was a surprise given that U.S. officials had for months expressed their their determination to bring home both Griner and Paul Whelan, a Michigan corporate security executive jailed in Russia since December 2018 on espionage charges that his family and the U.S. government has said are baseless.

In releasing Bout, the U.S. freed a a former Soviet Army lieutenant colonel whom the Justice Department once described as one of the world’s most prolific arms dealers.

Elon Musk: “Data was hidden and some may have been deleted, but everything we find will be released, tune in for Episode 2 of The Twitter Files tomorrow”

Celine Dion Makes Heartbreaking Announcement: “I have been diagnosed with a very rare neurological disorder called the stiff person syndrome which affects 1 in a million people”