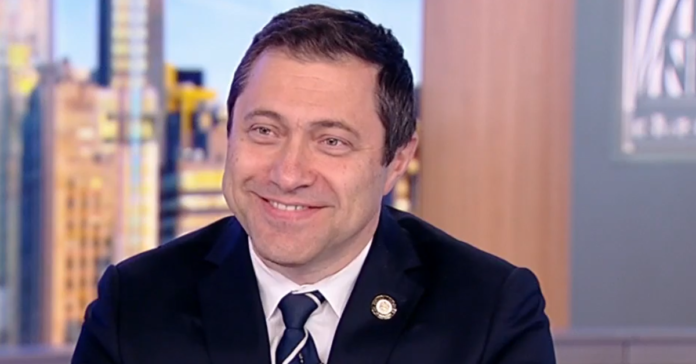 “Over the last several years in my personal humble opinion, the Democratic Party in New York became moving to the left at such a speed that they could not even keep up.

“Every month I found myself like ‘what am I doing in the Democratic Party?’

“In my own district, in southern Brooklyn, everywhere I knocked [on] the doors people saying ‘when are you switching to the Republican Party?

“I believe right now, the Democratic Party is doing everything possible in New York City  to make everybody less safe,” he said.

“We’re happy to have him as part of our conference.

“And I think he’ll do a great job serving the people of this district.”

“New Yorkers have expectations for their representatives to carry the values that they were elected to prioritize over politics.

“Our Democratic Conference will continue to consistently place the public interest of our city over politics without Council Member Kagan.”

In NYC criminals have more rights than law abiding citizens. I’ve been trying to help my constituents who were victimized by this lawlessness. Nobody wanted to evict a convicted felon who illegally broke into their homes & started to rent them to others!https://t.co/BtAp6jnA2X

Thank you, @FoxNews, for the opportunity to talk about my decision to become a Republican and about most important priority for all New Yorkers – public safety!https://t.co/nLIfCdKOcv