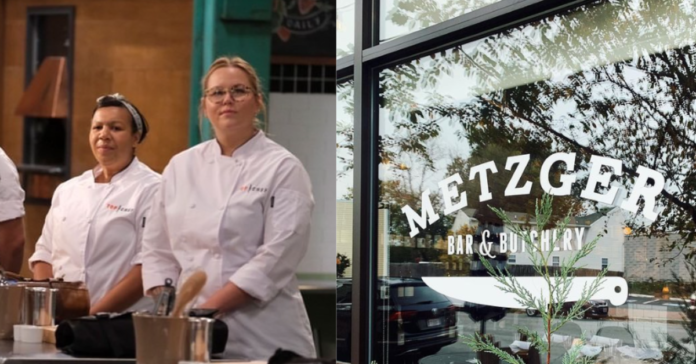 Members of the faith-based conservative organization, Family Foundation of Virginia, were refused service at a Richmond restaurant over political views. Metzger Bar and Butchery said:

“Metzger Bar and Butchery has always prided itself on being an inclusive environment for people to dine in. In eight years of service, we have rarely refused service to anyone who wished to dine with us.

“Recently we refused service to a group that had booked an event with us after the owners of the Metzger found out it was a group of donors to a political organization that seeks to deprive women and LGBTQ+ persons of their basic human rights in Virginia.

“We have always refused service to anyone for making our staff uncomfortable or unsafe, and this was the driving force behind our decision.

“Many of our staff are women and/or members of the LGBTQ+ community of it.

“All of our staff are people with rights who deserve dignity and a safe work environment. We respect our staff’s established rights as humans and strive to create a work environment where they can do their jobs with dignity, comfort and safety.”

“We’ve had events at restaurants all over the city and never encountered a situation like this.

“It’s no secret that we are very much engaged in the public policy debate on a number of controversial issues.

“But we never expected that we would be denied service at a restaurant based on our religious values or political beliefs.

“We would welcome an opportunity to have a discussion with them.

“Meet with them in a private setting where can have a heart-to-heart about some of the issues.”

“It was reserved several weeks in advance. We didn’t have any problems leading up to it, but an hour and a half before, we were told we are not welcome here.

“It’s amazing that the restaurant can put out a statement that is cloaked in all these words about welcoming and tolerance and their actions being so intolerant and bigoted toward another group of people. It’s disturbing.”