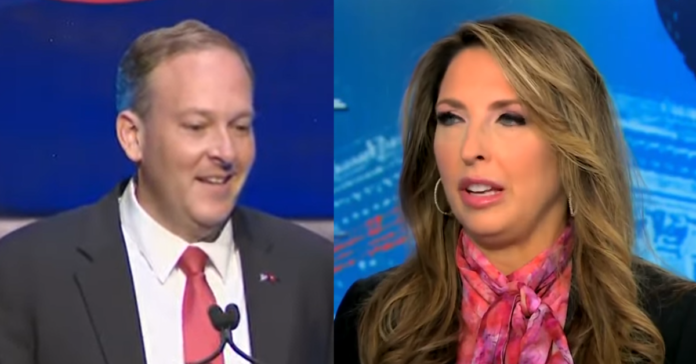 He said: “The issue is Chairwoman McDaniel’s re-election appears to already be pre-baked, as if the disappointing results of every election during her tenure, including yesterday in Georgia, do not and should not even matter.

“The better path forward would be for Chairwoman McDaniel to listen to and respect the wishes of the actual grassroots voters of our party, and allow the RNC to forge ahead with new leadership. Her greatest service to the Republican Party at this time would be to make room for a new chair.

“RNC Chair Ronna McDaniel should not run for a 4th term.

RNC Chair Ronna McDaniel should not run for a 4th term.

I won’t be running for RNC Chair at this time with McDaniel’s reelection pre-baked by design, but that doesn’t mean she should even be running again.

“I won’t be running for RNC Chair at this time with McDaniel’s reelection pre-baked by design, but that doesn’t mean she should even be running again.

“No matter what, I am committed to doing absolutely everything in my power to help save our country with every ounce of my energy.

“Change is desperately needed, and there are many leaders, myself included, ready and willing to step up to ensure our party retools and transforms as critical elections fast approach, namely the 2024 Presidential and Congressional races.”

Harmeet Dhillon, an attorney who is also an RNC committee member from California, said she will run against Mitt Romney’s niece.

“Republicans are tired of losing, and I think that we really need to radically reshape our leadership in order to win,” Dhillon said.

Following the 2016 election, a newly elected Trump chose McDaniel – who at the time was the chair of the Michigan GOP – to steer the national party committee. She was re-elected in 2019 and 2021.

The full RNC membership of 168 committee members will vote on the next chair when the national party organization holds its winter meeting next month in southern California. Under party rules, the two top posts must be held by one man and one woman.

McDaniel’s camp recently released a list of over 100 RNC committee members – well more than the number needed to secure re-election – that they said were supporting the incumbent chair.