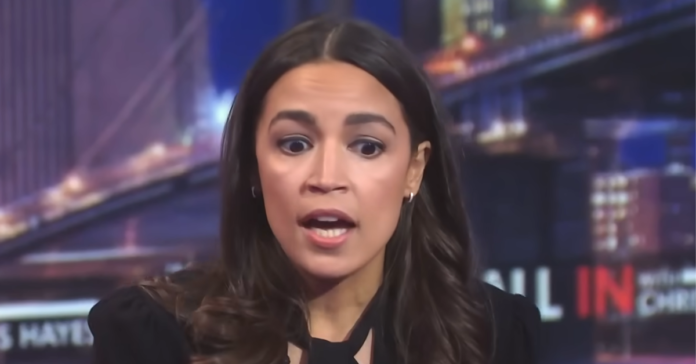 Rep. Alexandria Ocasio-Cortez (D-NY) is under investigation by the House Committee on Ethics according to a press release.

The committee was silent on the details of the probe, but the release said the Office of Congressional Ethics referred the matter back in June. The committee explained in the release that it was extending the investigation of Ocasio-Cortez until the next Congress.

This is not the best news for the New York Congresswoman as the next Congress will not be led by Speaker Nancy Pelosi. The 118th Congress will have a Republican Speaker and Republican committee chairs.

The committee said: “Pursuant to House Rule XI, clause 3(b)(8)(A), and Committee Rules 17A(b)(1)(A), 17A(c)(1), and 17A(j), the Acting Chairwoman and Acting Ranking Member of the Committee on Ethics have jointly decided to extend the matter regarding Representative Alexandria Ocasio-Cortez, which was transmitted to the Committee by the Office of Congressional Ethics on June 23, 2022.

🚨BREAKING: AOC is under a House Ethics Investigation pic.twitter.com/FFHfinqFJm

“The Committee notes that the mere fact of a referral or an extension, and the mandatory disclosure of such an extension and the name of the subject of the matter, does not itself indicate that any violation has occurred, or reflect any judgment on behalf of the Committee.

“The Committee will announce its course of action in this matter following its organizational meeting and adoption of Committee Rules in the 118th Congress.

“House Ethics says they’re extending their investigation into Rep. Alexandria Ocasio-Cortez (important to note this doesn’t necessarily mean any wrongdoing has occurred, and in any case, they’re punting further action until the 118th Congress).”

House Ethics says they’re extending their investigation into Rep. Alexandria Ocasio-Cortez (important to note this doesn’t necessarily mean any wrongdoing has occurred, and in any case, they’re punting further action until the 118th Congress) pic.twitter.com/yra3bLNu39

Megyn Kelly Sets Keith Olbermann Straight: “You a terrible person, a mean guy, he really is a mean guy”