Judge Throws Book At Michael Avenatti In Last Criminal Case, Sentences Him To 14 Years In Prison 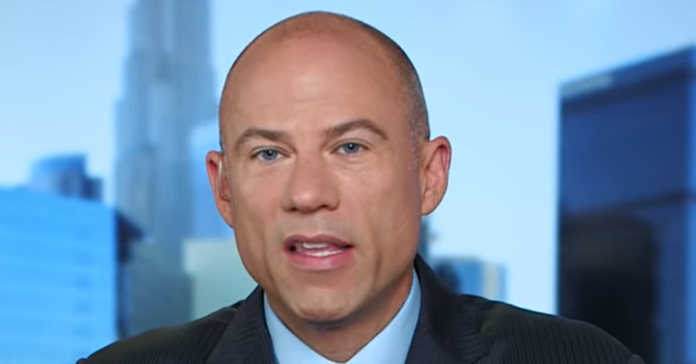 U.S. District Judge James V. Selna threw the book at disgraced lawyer Michale Aveannti for a years-long financial fraud that victimized clients, his law firm and the IRS. Avenatti is serving time for other crimes he committed but this was the big one. Selna sentenced the disgraced lawyer to 14 years in prison today.

“Judge Selna sentences Avenatti to prison “for a term of 168 months.” That’s for the four wire fraud counts, and it includes 36 months for the IRS obstruction charge. This is pretty close to what @USAO_LosAngeles prosecutors wanted.

“Prosecutor Brett Sagel is at the lectern now. “Let me start with the guideline calculation range.” There is apparently a tentative from Selna that I have not seen. Sagel said Selna’s guideline range gets him to offense level of 37 and criminal history category III. This is big win for USA.

Sagel mentions the “malevolence” of Avenatti’s actions being magnified by the fact that “he didn’t need to do what he did in this case.” He didn’t commit his crimes out of financial desperation. “Despite the significant advantage that the defendant has despite the significant advantages that his defendant has – a first-rate education, a thriving legal career – he chose to commit the deplorable acts in this case, time and time again and over years.”

And Avenatti’s crimes were “not a one time thing.”

AUSA Sagel: “He stole from his clients.” He names the clients. “So he could live an extravagant lifestyle.”

“The defendant has always been and always will be out for himself,” Sagel says of Avenatti.

Sagel details Avenatti’s theft of money from each client.

Judge Selna sentences Avenatti to prison “for a term of 168 months.”

That’s for the four wire fraud counts, and it includes 36 months for the IRS obstruction charge. This is pretty close to what @USAO_LosAngeles prosecutors wanted.

Sagel says “it’s been 3 1/2 years since just the charges were filed in this case.” He mentions the “severity and just evil of his crimes” and mentions how Avenatti was representing Geoff Johnson for the very reason Johnson became paralyzed.

“Defendant has blamed everyone except for himself,” Sagel says of Avenatti. “He made baseless accusations against everybody.” Witnesses, lawyers, “countless misconduct claims.”

“Claiming his case was the result of the former president, the former law partner of his, that the government purposely hid evidence of him,” Sagel says of Avenatti.

“Even in his sentencing papers,” Sagel says, Avenatti blames government vindictiveness, the probation officer for being unjust. “He wants to spent hundreds of pages” focusing on other people’s sentences.

Sagel says the focus is not on other sentences but on Avenatti. Judge Selna, however, interjected, “Not exclusively.”

“He wants to focus the attention on anywhere and everybody but himself. Today the focus is where it belongs: on him and his criminal conduct,” Sagel says of Avenatti.

Sagel says Avenatti’s victims can describe their emotional damage much better than he, but he said “that emotional damage is not really accounted for in the guidelines through the loss and abuse of trust.” “Those enhancements only generally touch on what he did.”

Although Avenatti paid money to Johnson and Gardner “the facts show” that it wasn’t him “take care of his clients or doing a good thing…nothing that should support any leniency.” “He’ll steal form anywhere. He’ll take any money he wants for himself,” Sagel says.

“He wreaked havoc on so many lives,” Sagel says of Avenatti. Including others “who’ve been having to pay for his criminal conduct. “His crime wasn’t a one stop shop. Not take the money and run,” Sagel says.

Sagel on Avenatti: “Defendant isn’t a fighter. He’s just a simple fraudster. He doesn’t fight for anyone but himself. Geoffrey Johnson, Alexis Gardner, Gregory Barela,

@MichellePhan were the little guys. He didn’t fight for them.”

“His lack of integrity when exposed was shocking and disturbing,” Sagel says of Avenatti.

Despite his legal background, “In the end, the defendant is just another criminal that thinks the law is something that applies that applies to other people.”

Sagel also explained the downward departure from the guidelines as being driven by the nature of the crime, totality of circumstances etc. But something tells me @USAO_LosAngeles isn’t going to be too upset of Judge Selna goes ABOVE 210 months.

Kevin McCarthy: "Adam Schiff will no longer be on the Intel Committee when I become Speaker"