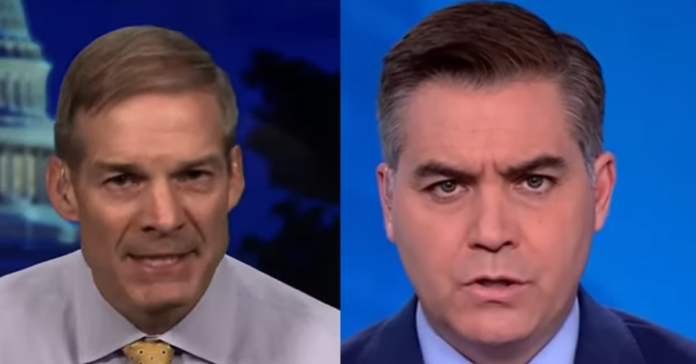 GOP Rep Jim Jordan put the mainstream media on notice asking them if they will apologize for ignoring one of the biggest scandals in recent years, the Hunter Biden laptop story. Jordan said:

“That’s the new information he has, that suddenly he has this come to Jesus moment. So we know how this works. But deep down, the Left no longer believes in the First Amendment. They don’t.

“And that’s why they want to have the FBI talking to social media platforms and changing and influencing what they put up there for the American people to read and see and comment on.

Will the mainstream media apologize for ignoring the Hunter Biden story?

“That is scary because the Left says, if you don’t agree with me, you’re not allowed to talk. And if you try, we’re going to come after you.

“That’s how the Left operates.

“And it’s not how the country is supposed to work.

“And it’s certainly not what the First Amendment’s about,” he said.

Musk said: “Well, I think those people should be looking in the mirror and wondering why they were deceptive.

“If the new Twitter is successful in that, then the result would be that people will turn to Twitter to understand what is true, what is real, what narrative matters.

“This will put a lot of competitor pressure on mainstream media and other social media company to also be more truthful because otherwise, they’ll simply keep losing people to Twitter.

“That’s where the competition can be a good thing.

“The Washington Journal, the New York Times, and Washington Post and a few others decide what the narrative is.

“Even if what they say is completely truthful, the people don’t really get a choice in what topics are covered, whereas on Twitter, they do.

“And it could be something really important to the world and the big news organizations don’t cover it for a reason.

“What happens is when there’s a competition for what the truth is and one company steps out of line, it does allow the truth to flourish.”

Big Tech Censorship Proves The Left No Longer Believes In The First Amendmenthttps://t.co/BRwLNB6rcP

Musk responds to the media ignoring his Twitter dump pic.twitter.com/GYr0x9kfMy

Kevin McCarthy: "Adam Schiff will no longer be on the Intel Committee when I become Speaker"