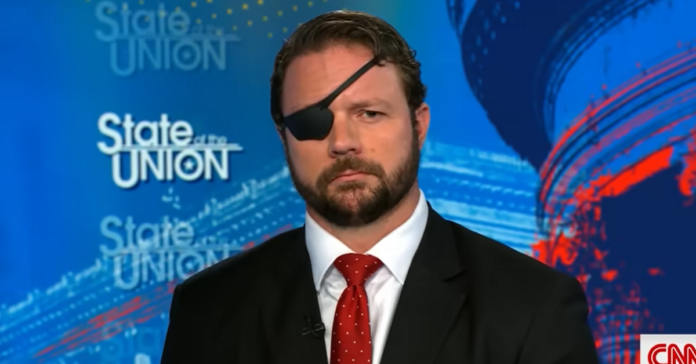 Rep. Dan Crenshaw (R-TX) has been hit with a huge fine for violating federal campaign finance rules. Officials at the Federal Election Commission fined Crenshaw’s campaign committee $42,000 because the campaign failed to properly return more than $220,000 in illegal campaign contributions.

According to the general counsel’s report, the FEC found “reason to believe” that the Crenshaw campaign and its treasurer, Paul Kilgore, violated federal law by “knowingly accepting excessive and prohibited corporate contributions”

“As an authorized campaign committee, the Committee was limited to accepting $2,800 per election from individuals, $5,000 from multicandidate committees, and was prohibited from accepting any corporate contributions.

“The Committee, however, received $223,460.26 in excessive and apparent prohibited contributions across four disclosure reports:

…The Committee does not dispute its failure to make timely refunds, but asserts that since the filing of the Referral, it has now refunded all excessive contributions.

“As described above, the Committee’s amended reports and recent filings disclose refunds for all but $3,216.50 in excessive contributions from individuals.

“The Committee asserts that it issued late refunds of the apparent prohibited contributions after it could not ascertain whether the source of funds was permissible.

Since notification of the filing of the Referral, the Committee has disclosed the refunds of the apparent prohibited contributions on its amended reports.

“Therefore, the Commission finds reason to believe that Dan Crenshaw for Congress and Paul Kilgore in his official capacity as treasurer violated 52 U.S.C. §§ 30116(f) and 30118(a) by knowingly accepting excessive and prohibited contributions,” the report said.

Dan Crenshaw’s campaign has been fined by the FEC for failing to return excessive and prohibited corporate campaign contributions totaling more than $200,000. https://t.co/J9Veu7RSIY