Chris Christie’s Niece Arrested For Assaulting Six Police Officers: “During her arrest, she injured 6 deputies, biting one and kicking another in the groin” 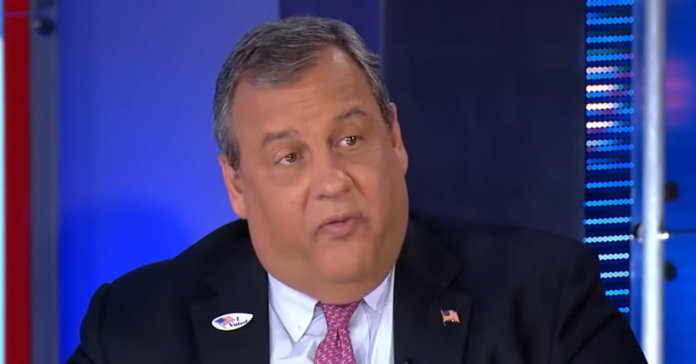 Former New Jersey Gov. Chris Christie’s niece was arrested for assaulting multiple police officers. Shannon Epstein, 25, had a meltdown on a 6 a.m. flight from New Orleans, Louisiana to New Jersey on Thanksgiving Day and asked a Latino family sitting nearby if they were “smuggling cocaine,”

It went downhill from there with local media reports saying she grew angry and was disruptive before the flight took off. She was kicked off the Spirit Airlines flight by the airline employees.

Then she attacked the cops. Captain Jason Rivarde of the Jefferson County Sheriff’s Office said Shannon Epstein was arrested around 6 a.m. after being removed from a plane at Louis Armstrong New Orleans International Airport.

“She was removed from the flight after causing a disturbance which included asking a family she believed was Latino if they were smuggling cocaine,” Rivarde said.

“When deputies initially made contact with her on the jet bridge, she became extremely combative.

Per the Times-Picayune: “Epstein shouted that the deputies were going to lose their jobs or end up in jail, boasting that she was related to powerful people and that her uncle is a friend of former President Donald Trump.”

“During her arrest, she injured 6 deputies, biting one and kicking another in the groin.

“Throughout her entire interaction with deputies, she repeatedly stated that they would lose their jobs or be arrested because of her familial relationships.”

Epstein was arrested on charges of remaining after forbidden, resisting a police officer with force, and multiple counts of battery on a police officer. She was placed in custody but released the same day after she posted bond.

She was released from Jefferson Parish Correction Center on Thanksgiving Day after putting up $10,750 in bail. Her next court appeared is schedule for Jan. 23, the site reported.

Chris Christie’s niece, Shannon Epstein, was kicked off a plane in New Orleans for accusing a family she perceived to be Latino of smuggling cocaine. When deputies tried to arrest her, she kicked, bit and spit at them, injuring 6. https://t.co/Vsg0TshrFL