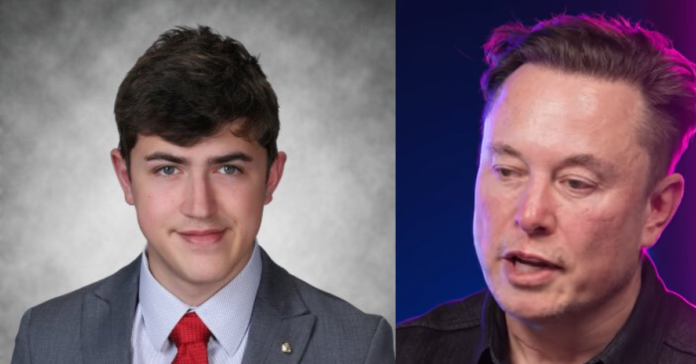 Former Covington High School student Nicholas Sandmann wants answers and he may get them now that Elon Musk is in charge of Twitter and is following through on his promise to be fully transparent.

Sandmann asked the new Twitter CEO to release any files related to the social media platform allowing death threats against him while he was a young high school kid. He said:

“As I’m watching this all play out, I’m wondering if @elonmusk has any hidden Twitter files relating to what went on here. Let’s be clear: under the watch of @vijaya they allowed these illegal threats when I was 16 years old.”

Sandmann shared screenshots taken of verified Twitter accounts calling for violence against him including some calling on people to burn down Sandmann’s high school and throw “MAGA kids” into a wood chipper.

“REMINDER: Twitter allows these two Verified accounts to remain on the platform after making Death Threats against me and my classmates.

“This not only against their rules, it’s illegal.

“But they banned @ALX for nothing. Why is this ok?”

As I’m watching this all play out, I’m wondering if @elonmusk has any hidden twitter files relating to what went on here. Let’s be clear: under the watch of @vijaya they allowed these illegal threats when I was 16 years old. https://t.co/j2bWEvpGsI

Musk detailed his plans for Twitter in an interview last night. He said:

“If the new Twitter is successful in that, then the result would be that people will turn to Twitter to understand what is true, what is real, what narrative matters.

“This will put a lot of competitor pressure on mainstream media and other social media company to also be more truthful because otherwise, they’ll simply keep losing people to Twitter.

“That’s where the competition can be a good thing.

“The Washington Journal, the New York Times, and Washington Post and a few others decide what the narrative is.

“Even if what they say is completely truthful, the people don’t really get a choice in what topics are covered, whereas on Twitter, they do.

“And it could be something really important to the world and the big news organizations don’t cover it for a reason.

“What happens is when there’s a competition for what the truth is and one company steps out of line, it does allow the truth to flourish.”

“It’s not that people will necessarily agree with everything that Twitter has done in the past or in the future but at least they’ll know that it’s occurring and there’s no shady stuff that is happening that they’re unaware of.

“You can then appropriately calibrate your interpretation of what you learn on Twitter as opposed to thinking Twitter pretending to be unbiased and even-handed.”

And the users that posted illegal threats of violence against them 16-year-old @N1ckSandmann weren’t even banned, they were locked out because Vijaya claimed permanent suspensions were rare…

Customer Was Deeply Offended By a Sweater Being Sold At Target; Target Responds: Get Over It