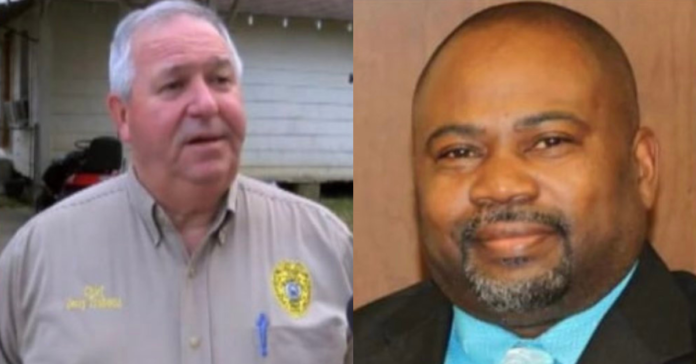 Former Chief of Police in Amite City Jerry Trabona, 72, and current Amite City Councilmember Kristian “Kris” Hart, 49, were each sentenced yesterday to one year in prison for violating federal election laws as part of a conspiracy to pay, or offer to pay, voters for voting in a federal election.

In addition to the prison sentence, the former police chief was also ordered to pay a $10,000 fine. Today, an additional co-conspirator was sentenced to four months in prison for his role in the scheme.

DOJ issued a statement that said: “According to court documents and evidence presented at trial, Jerry Trabona, 73, the former Chief of Police in Amite City, and Kristian “Kris” Hart, 50, a former Amite City councilmember, agreed with each other and others to pay or offer to pay voters residing in Tangipahoa Parish, Louisiana, for voting during the 2016 Open Primary Election and the 2016 Open General Election, contests in which Trabona and Hart were candidates.

“Trabona and Hart’s vote buying scheme included the solicitation and hiring of individuals responsible for identifying potential voters, the transportation of those voters to the polls, and payment and offer of payment to the voters for voting.

“In the 2016 election, co-conspirator Sidney Smith, 69, of Amite City, paid voters with money provided by Trabona and Hart.

“Two other Louisiana men who previously pleaded guilty for their involvement in the vote buying scheme, Calvin Batiste and Louis Ruffino, will be sentenced at a later date.

Former Chief of Police in Amite City, Jerry Trabona, and Kristian Hart, a former Amite City councilmember, were each sentenced to one year in prison for violating federal election laws. Trabona was also ordered to pay a $10,000 fine. https://t.co/SsVWc2mUs5 pic.twitter.com/EPe4nL9y2d

James Woods: “I will be suing the Democratic National Committee because my career has been destroyed by these very people"