Elon Musk: “The New York Times has become an unregistered lobbying firm for far-left politicians for all intents and purposes” 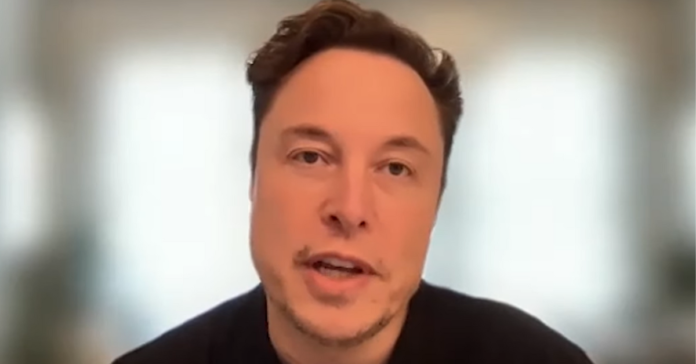 Elon Musk blew the whistle on the entire establishment and media complex last night in a day that will go down in American history. And he is just getting started. Musk said he will release more secret documents the powers that be do not want you to see soon.

One of the most shocking and least surprising aspects of Musk’s huge reveal last night was that the mainstream media all but ignored it. Causing Clay Travis from Outkick to say: “There is not one single article about @elonmusk or the @twitter email release last night on @nytimes app this morning.”

Musk responded with: “That is because The New York Times has become, for all intents and purposes, an unregistered lobbying firm for far-left politicians.”

In case you thought Musk was only protecting America’s most sacred right, the right to free speech, Musk is also finally solving the child exploitation problem on Twitter.

That is because The New York Times has become, for all intents and purposes, an unregistered lobbying firm for far left politicians

Andrea Stroppa said:“Updates about fighting against child sexual exploitation content on Twitter. During these weeks, I worked as an independent researcher along Twitter’s Trust and Safety team led by expert Ms. Ella Irwin. Twitter achieved some relevant results I want to share with you:

“Twitter updated its mechanism to detect content related to child sexual abuse/exploitation material. Faster, more efficient, and more aggressive. No mercy for those who are involved in these illegal activities.

“The daily suspension rate has ALMOST DOUBLED over the past few days. It means that Twitter is doing a capillary analysis of contents, especially those published in the past. It doesn’t matter when illicit content has been published. Twitter will find it and act accordingly.

“In the past 24 hours, Twitter started to step up its efforts and took down 44.000 suspicious accounts, including over 1.300 profiles that tried to bypass detection using codewords and text in images to communicate. Zero tolerance.

“Twitter continues to have teams in place dedicated to investigating and taking action on these types of violations daily. Teams are more determined than ever and composed of passionate experts. Furthermore, “Twitter simplified the process of users reporting illicit content.

“If Twitter is now fighting vigorously against child sexual exploitation content, it’s thanks to one person that set it as the #1 priority:  Elon Musk @elonmusk . Twitter is now a safer place under Elon’s leadership. And this is just the beginning.”

Musk said simply: “Thank you for helping with this important problem.”

Thank you for helping with this important problem

III. Twitter updated its mechanism to detect content related to child sexual abuse/exploitation material. Faster, more efficient, and more aggressive. No mercy for those who are involved in these illegal activities.

Elon Musk Tears Down House Of Cards: “If this isn’t a violation of the Constitution’s First Amendment, what is?”