Dem Lawmaker Reaches Limit With Party, Switches To Republicans: “I look and see how I can best representative my constituents” 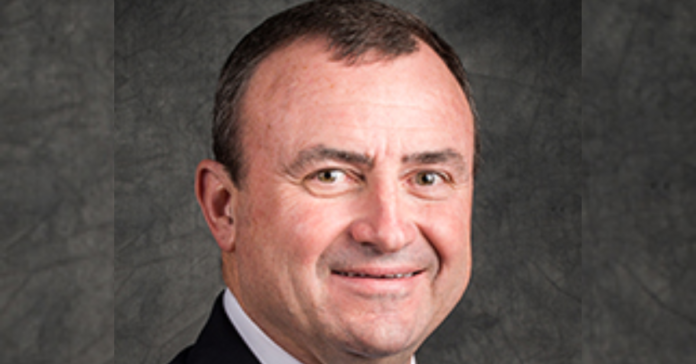 West Virginia state Senator Glenn Jeffries reached his limit with the Democratic Party and switched to the Republicans. Democrats were not pleased and trashed Jeffries but he stood strong and completed the paperwork.

Jeffries said: “I have the greatest respect for the many friends and supporters I have been blessed with during my time in public office. I hope to continue and strengthen those relationships going forward.

“Our politics have gotten so personal and difficult. I want to make sure that I serve constituents and our state in a respectful, thoughtful way that leads to a better life for all West Virginians.”

“Senator Jeffries has proven himself to be a very hard worker for Putnam County. His efforts to improve infrastructure such as water and sewer services as well as road maintenance have been exemplary.

“Glenn described himself to me as a ‘conservative,’ and we agreed that his policy efforts in the State Senate would be elevated if he joined the majority Republican caucus.

“Glenn also expressed to me his discomfort with the leftward direction of the Democratic Party and that he no longer identifies with them.

“As the senior-elected leader of West Virginia’s Grand Old Party, Glenn will be a great addition to our ranks.

“He is a proven business leader and his ongoing work in attracting new employers and opportunities to West Virginia makes him a great fit in our Republican Party.”

“With Senator Jeffries as a member of our caucus, we stand at 31 members strong. Glenn has been a leader in the minority caucus with his work in economic development and infrastructure,

“As a successful small business owner, he knows what meeting a payroll, hard work, responsibility, and teamwork mean.

“I know he has been – and will continue to be – an incredibly valuable member of the West Virginia Senate.”

“I’d say that this move has way more to do with opportunity than it does with any sort of ideology.

“He was actually progressive on a lot of issues.

“For Senator Jeffries to claim he doesn’t like the direction of the Democratic Party, barely a week after his new party’s de facto leader had dinner with a Holocaust denying white supremacist, is like being called ugly by a frog.

“Hopefully, Glenn will be permitted to continue to be an environmental justice champion in his new party,” Pushkin said.

Bette Midler Makes Gross Confession That Explains A Lot: “I Bathe Once A Month, F*ck You”