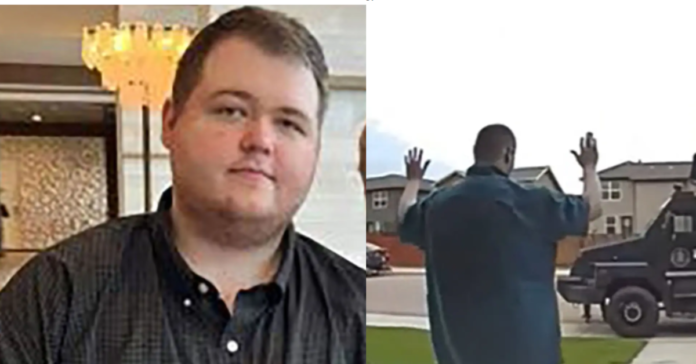 Anderson Lee Aldrich, 22, the person in custody for murdering five people and injuring others at Club Q in Colorado on Saturday is nonbinary and uses they/them pronouns Aldrich’s lawyers said in new court filings Tuesday.

The court filing said: “Anderson Aldrich is non-binary. They use they/them pronouns, and for the purposes of all formal filings, will be addressed as Mx. Aldrich.”

Aldrich has a troubled past. He changed his name from Nicholas Franklin Brink to Anderson Lee Aldrich to distance himself from birth father, Aaron Brink.

In new court filing, public defenders for the suspect in the mass shooting at a Colorado gay club that left 5 people dead say that their client is non-binary and that “they use they/them pronouns.” The lawyers refer to their client as Mx. Anderson Aldrich. pic.twitter.com/dPaUpiFXKN

He also appeared on camera on the reality shows Divorce Court and Intervention in 2009, when his fiancée tried to get him to stop using crystal meth, according to the New York Post.

Brink has an extensive criminal history, including convictions for battery against the alleged shooter´s mother, Laura Voepel, both before and after the suspect was born, state and federal court records show.

Aaron Franklin Brink, 51, entered the mixed-martial-arts cage in the 90s, clocking up 21 victories over the 10 years of his fighting career — including during appearances with the Ultimate Fighting Championship (UFC) and World Extreme Cagefighting (WEC), MMA Junkie wrote in a profile.

My apologies — was just trying to make the portions I was referring to legible.

Some new info on the Colorado Springs suspect: “Anderson Aldrich is non-binary. They use they/them pronouns, and for the purposes of all formal filings, will be addressed as Mx. Aldrich”

Definitely seems to vindicate all the instant knee-jerk assumptions made about this incident https://t.co/MgC2ifowI5

This latest info is certainly not dispositive of motive, or dispositive of anything materially related to the case. However, it does prove for the 500th time that making instant knee-jerk political assumptions about mass casualty events is a surefire recipe for self-humiliation

Elon Musk Sets Mainstream Media Straight: “As is obvious to all but the media, there is not one permanent ban on even the most far left account spouting utter lies”